Swapna Dutta has been writing, mostly for children, for several decades and has many titles to her credit, including translations. She has been published by Harper Collins, Scholastic, Orient Longman, Rupa, Sahitya Akademi, Children's Book Trust, National Book Trust and Hachette, among others, and has contributed to magazines like Children’s World, Target, Tinkle, Chandamama, The Bookbird (USA), The School Magazine (Australia), Cricket (USA) and Folly (UK). She worked as Editorial Consultant for Target (Living Media), Assistant Editor for Limca Book of Records and Deputy Editor for Encyclopaedia Britannica between 1988 and 2002. She was awarded a National Fellowship for literature by the Ministry of Human Resources in 1986 for having translated selected poems of 20 award-winning Bengali poets and also a National Award for creative writing in Hindi by the Central Hindi Directorate, Ministry of Human Resources, in 1993, for translating 7 award winning modern Bengali poets into Hindi. Dutta currently lives in Bangalore and writes in English, Bengali and Hindi. 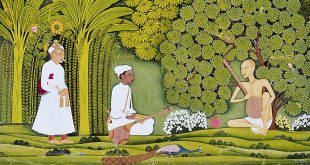 Slowly, gently, the exhausted musician laid his tanpura on the carpet. The exquisite strains of raag darbari still vibrated within the hall. Emperor Akbar looked up, his eyes lit with admiration. “Wonderful!” he said. “Superb! I listen to you every day, but I can’t seem to have enough!” Tansen bowed in silent gratitude. “I think you have the most wonderful …