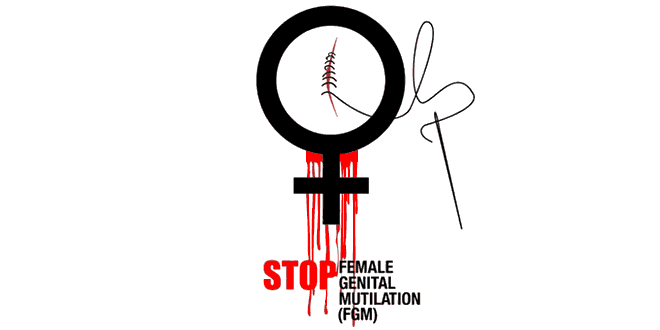 International Day of Zero Tolerance for Female Genital Mutilation is a United Nations-sponsored annual awareness day that takes place on February 6 as part of the UN’s efforts to eradicate female genital mutilation. It was first introduced in 2003.

What is Female Genital Mutilation?

Female Genital Mutilation is the partial or complete removal of external female genital organs, using non-medical tools and under unhygienic conditions. The practice is prevalent in certain ethnic groups across the world and is believed to preserve the woman’s piousness, sanctity, and beauty. The methods of circumcision; however, depend on different ethnic groups and are rooted in their religious beliefs.

This barbaric custom, however, is deeply rooted in gender inequality and is a serious violation of human rights and the dignity of a woman; restricting her freedom and her right to life – in cases leading to death.

Female genital mutilation (FGM) comprises all procedures that involve altering or injuring the female genitalia for non-medical reasons and is recognized internationally as a violation of the human rights, the health and the integrity of girls and women.

Girls who undergo female genital mutilation face short-term complications such as severe pain, shock, excessive bleeding, infections, and difficulty in passing urine, as well as long-term consequences for their sexual and reproductive health and mental health.

To promote the elimination of female genital mutilation, coordinated and systematic efforts are needed, and they must engage whole communities and focus on human rights, gender equality, sexual education and attention to the needs of women and girls who suffer from its consequences. 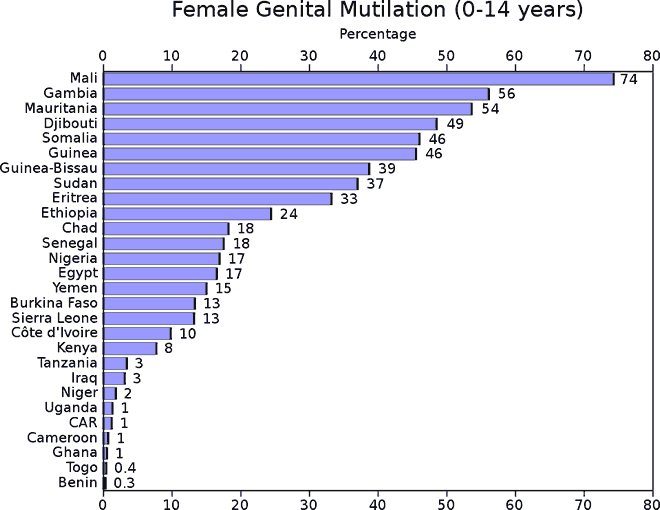 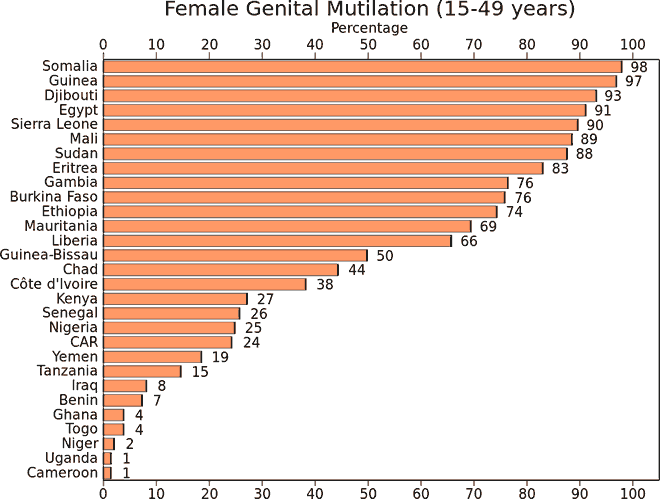 One of the beliefs in support for this day acknowledges that culture is in “constant flux”, and with the concerns begetting FGM being so high-risk, the abolition of such practices must be prompt. This is a movement for the rights of women and their bodies, as well as the protection of their physical health- which can be tremendously affected later in life. These efforts are to benefit actions fighting violence against women and girls as a whole. Every Woman, Every Child (a global movement), reports that “Although primarily concentrated in 29 countries in Africa and the Middle East, FGM is a universal problem and is also practiced in some countries in Asia and Latin America. FGM continues to persist amongst immigrant populations living in Western Europe, North America, Australia and New Zealand”. In the United States alone, the recent reports of how many women and young girls are affected by FGM staggeringly tripled in numbers in comparison to the previous reports in 1990. About 120 to 140 million women have been subject to FGM over the years and currently at least 3 million girls are at risk each year, in accord to data presented by the World Health Organization (WHO). It is an effort to make the world aware of FGM and to promote its eradication. The World Health Organization has said that “Though the practice has persisted for over a thousand years, programmatic evidence suggests that FGM / C can end in one generation.”

According to WHO, the procedures of female genital mutilation is classified into 4 major types:

Severe pain, excessive bleeding (hemorrhage), shock, genital tissue swelling: due to inflammatory response or local infection, infections, human immunodeficiency virus (HIV), urination problems, impaired wound healing: can lead to pain, infections and abnormal scarring, death (can be caused by infections such as tetanus and hemorrhage), and psychological consequences such as trauma (many women describe FGM as a traumatic event.)

The International Day of Zero Tolerance for FGM is not a public holiday, but a day of international observation. This day is a part of a combined effort by the UN to meet one of its “Sustainable Development Goals, which the elimination of FGM is a key target under Goal 5.

The observance of FGM continues to be practiced every year on February 6th and will be greatly pursued by the UN and other social activism parties in efforts to eliminate FGM by the year 2030. Awareness has been rising for FGM with constant pursuit of activism. On Zero Tolerance Day, February 6, 2015, it was reported by Equality Now that “the White House, the Department of Justice, the U.S. Agency for International Development, the Ambassador at-Large for Global Women’s Issues, and the USCIS all issued statements condemning FGM from being practiced.”

The Truth About Female Genital Mutilation

All You Need To Know About FGM | End FGM

What is female genital mutilation? (FGM)