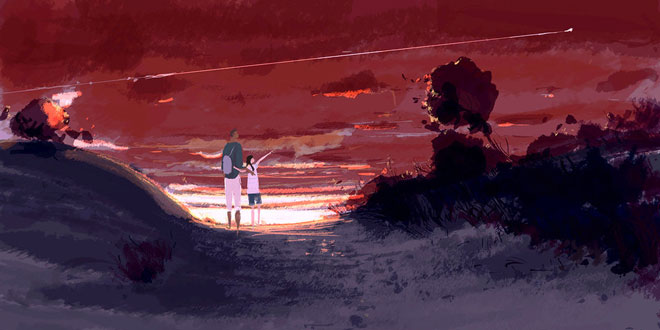 A Little Girl Needs Daddy
For many, many things:
Like holding her high off the ground
Where the sunlight sings!

Like being the deep music
That tells her all is right
When she awakens frantic with
The terrors of the night.

Like being the great mountain
That rises in her heart
And shows her how she might get home
When all else falls apart.

Like giving her the love
That is her sea and air,
So diving deep or soaring high
She’ll always find him there.

As Father’s Day approaches, Americans recognize and honor the contributions of the wonderful fathers and father figures who are loving, raising, and mentoring children across our country. A father’s role is truly irreplaceable, and a strong father-child bond has tremendous benefits that are long-lasting. While many recognize that this is true for young boys, the importance of father-daughter relationships should not be overlooked.

Here are just some of the countless ways that having a strong, father-daughter bond positively impacts a daughter’s mental and emotional development:

For starters, research has repeatedly shown that the benefits of a positive father relationship on a daughter’s mental health are undeniable. In fact, the results of a recent study (2018) demonstrated that close ties with fathers help daughters overcome loneliness! Specifically, the Ohio State researchers asked nearly 700 families to keep a record of their parent-child interactions over a five-year period of time. Parents evaluated their relationships with their children when the kids were in first, third, fourth, and fifth grade, and the children were asked to rate their loneliness levels at each stage as well. As a result, the researchers found that young girls tended to report less loneliness as they went from first grade to fifth grade, but loneliness declined significantly faster among girls who had a closer relationship with their fathers. These results reiterated that fathers should nurture their relationships with their children, particularly their daughters. The researchers encouraged dads to, “Pay attention to their feelings, especially when they are sad or unhappy, and help them cope. Our results suggest it can really help daughters feel less lonely over time.”

Additionally, other studies have shown that young women who reported healthy relationships with their fathers were less likely to become clinically depressed or anxious. They were also less likely to develop eating disorders, body dysmorphia, or be dissatisfied with their appearance or body weight. Overall, they reported better emotional and mental health. In fact, there is a markedly strong link between the relationships daughters had with their dads growing up and the way they deal with stress as adults. For example, undergraduate women who had good relationships with their fathers were shown to have higher than average cortisol levels, which serve as a buffer against stress and the body’s reaction to it.

Share
Previous Who was the father of Lord Rama?
Next Happy Fathers Day: Celebrating Fatherhood