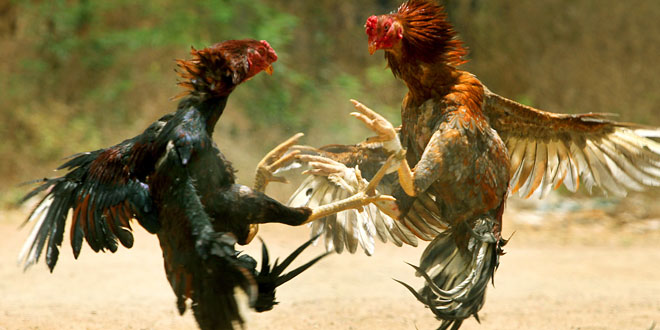 Cockfighting Image Gallery, Roosters Fight Stock Photos: Cockfighting is a blood sport because of the harm cocks do to each other in cockpits, exacerbated by metal spurs that can be attached to birds’ own spurs. After the 1959 revolution, Cuba cracked down on cockfighting as part of a ban on gambling. But, over the years that stance has softened. Official arenas have opened and hidden arenas are tolerated as long as there are no brawls.