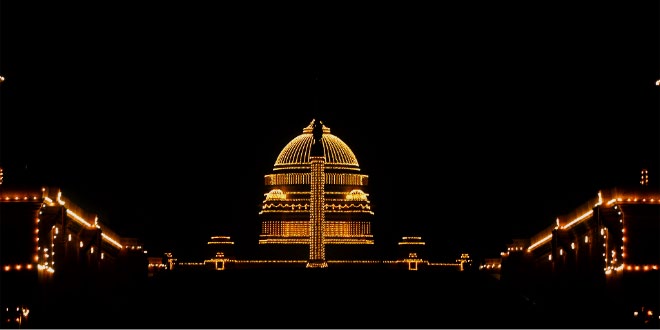 Beating Retreat Images For Students And Children: Beating Retreat denotes the end of Republic Day festivities. It is conducted on the evening of 29 January, the third day after the Republic Day. It is performed by the bands of the three wings of the military, the Indian Army, Indian Navy and Indian Air Force, and pipe bands from the Army, plus from 2016 a massed formation of bands of the Central Armed Police Forces and the Delhi Police. The venue is Raisina Hills and an adjacent square, Vijay Chowk, flanked by the north and south block of the Rashtrapati Bhavan (President’s Palace) towards the end of Rajpath.