The Baby Cries Too Much 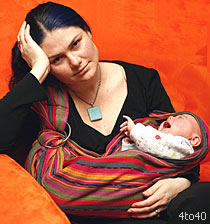 The cry of an infant is a signal to the world for help. Learning to distinguish between these signals is part of the process of learning to be a parent. Most of the time babies cry because they are hungry. The golden rule for the breastfeeding mother is to put the baby to her breast whenever the baby cries. And most of the time, this solves the problem. If this does not work, obviously it is something else that is bothering the baby.

A baby who cries persistently soon after feeds may be getting too little milk. This fact can be proved if you notice that the baby is not gaining enough weight. In such a case, you have to feed the baby more frequently and monitor the baby’s weight gain for at least a month before moving to the bottle.

A few children cry most of the time no matter how much you try to keep them happy. There is not much you can do about such angry and discontented children.

Colic refers to a pattern of crying, which often starts soon after birth and does not seem to be caused by any particular reason, such as hunger. The baby cries at a certain time of the day – often in the afternoons and evenings. This is again a problem that has no cure. Do not blame yourself for it. It is not your fault that your baby is colicky. And the only saving grace is that it stops on its own after a few months. We do not know what causes it and although many experts have put forward a number of theories to explain colic, none have been proved. It is called ‘colic’ because babies pull up their legs when they cry as if they are suffering from a stomach ache. Such babies can easily be overfed if you think that the baby is hungry. Take care not to overfeed your child if he is colicky. Just let him cry his heart out.

How to help colicky babies