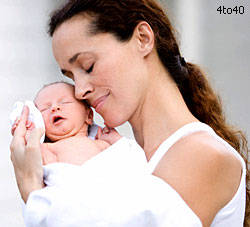 Prema does not believe in going to a doctor during pregnancy. She feels pregnancy is a natural process and doctors don’t need to interfere with it. Her grandmother delivered eight children at home and lived happily till she was 80. So why can’t she have one child without going to a doctor?

Her belief became strong when she had her first baby at home. Then she went on to have a second baby at home. But the second baby was severely jaundiced and had a swollen body. Her husband took him to the hospital immediately. Surprisingly, the doctor wanted Prema’s blood for examination.

She was informed that she was rhesus negative and as she did not take any care during her pregnancy, the second baby may not survive.

A majority of the population (85-90 percent) have rhesus positive blood. The problem arises when the mother is rhesus negative and is carrying a rhesus positive foetus, especially if it is a second pregnancy.

During the first delivery, some of the baby’s rhesus positive blood may enter the mother’s blood stream. Her body starts forming antibodies to fight against this foreign substance. During the next pregnancy, if her baby is again rhesus positive, these antibodies pass through the placenta into the blood stream of the foetus and attack its red blood cells. This may make the child anaemic or jaundiced. Sometimes the baby may be still born or be swollen all over. Severe jaundice can result in brain damage and even death of the baby.

In mild cases, the baby is treated with phototherapy. In extreme cases, an exchange transfusion may be necessary.

75th Anniversary of Indian Independence or Azadi Ka Amrit Mahotsav is an ongoing event, in …