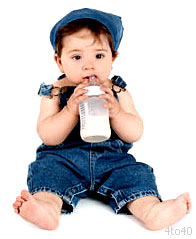 Ever since your baby’s birth a few months ago, one worry bothers you more than any other. What is the right nutrition for the baby? Am I feeding her right? What happens when she grows up a little more? What are the foods I have to feed her then?

While every child has his or her own likes and dislikes and even requirements, it helps if you adhere to some basic guidelines about the right nutrition for your child.

Nutritionists and other health professionals never tire of emphasising the importance of establishing healthy nutrition practices during childhood and early adolescence. Indeed, the diet and exercise patterns adopted during these crucial development years set the stage for the habits of a lifetime. These habits can spell the difference between good and poor health in later years. Let’s look at some of the key elements in your child’s nutritional requirements, at least in the early years.

Let’s start with the infancy of your child. Did you know that from her birth to the time she’s two years old, she’s going through a period characterized by rapid growth? During this time gains in weight and height are the primary indices of the child’s nutritional status. Breast-feeding is encouraged for at least the first four-to-six months of life for nutritional as well as immunological benefits to the infant.

The most common nutritional disorder during infancy is probably iron deficiency anemia. “Solid” foods are usually introduced to the baby from about four-to-six months of age. These mostly include iron-fortified cereals that help prevent this problem. Other foods such as strained fruits and vegetables and fruit juice too, are gradually introduced. These can be introduced by about 12 months of age when most babies are eating small, tender foods.

In children under two years of age, dietary fat plays a key role in the formation of vital nerve and brain tissues. During this period, it is not advisable feeding fat-free foods to children. For example, use of whole milk rather than low-fat or fat-free milk is advised by health professionals.

Nutrition recommendations for children over the age of two are not very different from those for adults. However, in children, these foods are meant to promote optimal growth and development. So nutritional requirements for children may not be restrictive as those for adults. A wide variety of foods, rich in essential nutrients necessary for growing bodies, could be fed to children.

Such foods include carbohydrate-rich grain foods and fruits and vegetables necessary to supply vitamins, minerals, fiber and energy vital to growing children. These could be supplemented by dairy products, lean meats, fish, poultry, eggs, dry beans and nuts which provide nutrients that contribute to proper growth and development.

Most children will grow about two inches and gain about two to four kg. per year. Between the ages of six to 12, youngsters will grow an average of one to two feet and almost double in weight. Those who don’t grow accordingly may be said to be suffering from undernutrition. Such growth failure may be due to malnutrition, psychosocial deprivation, eating disorders, underlying chronic disease, infection or other factors.

While children often have definite food likes and dislikes, nutritionists recommend that the parent make available a wide variety of foods to your child. And encourage him to taste new foods in small quantities. That way, your child will come to accept and like new foods.

Adolescents need extra nutrients to support the adolescent growth spurt, which begins in girls at ages 10 or 11, reaches its peak at age 12 and is completed at about 15. In boys, it begins at 12 or 13 years of age, peaks at 14 and ends at about 19.

In addition to other nutrients, adequate amounts of iron and calcium are extremely important as the body goes through an intensive growth period. From ages 11 to 24 years, both males and females are encouraged to consume a calcium-rich diet. It’s supposed to help ensure adequate calcium deposition in the bones which may help reduce the incidence of osteoporosis in later years. A diet that includes a fair amount of milk, cheese and yoghurt will provide them with the much-needed calcium.