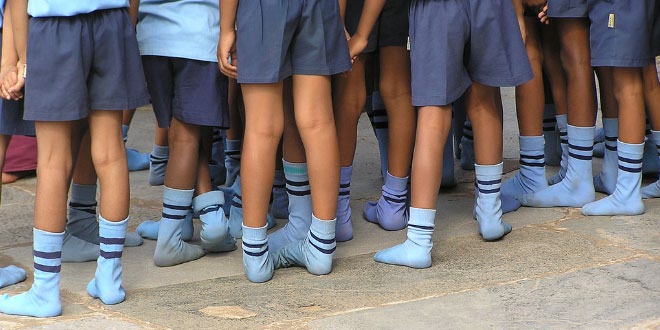 Have No Unspoken Expectations

Expectations can sometimes evoke energy and excitement when you and the child share them openly and willingly. On the other hand, expectations can be a source of confusion and anxiety in children when they remain unstated or presumed. Furthermore, expectations, stated or unstated, often get in the way of certain kinds of creative success in children.

I find it helpful to distinguish between a task and an expectation. A task usually refers to what is to be accomplished. An expectation usually refers primarily to the where, when, and how by which a task is carried out. While it is important that you and the child clearly understand and agree upon the task, it is also important to realize that both you and the child may differ in your expectations (usually unspoken) of how, when, and where the task is to be done. So in building success into your relationship with a child, I would tend to allow for the child’s when, where, and how to guide the way the task is carried out.

Fourteen-year-old Kerry was working on our School Readiness Program team, getting preschoolers in a small, poor Southern town ready for their first-grade experience. I assigned Kerry the task of taking a group of five children aside to work with on counting skills. I didn’t tell her how or where to do her task, but I did expect she would take the children to one of the tables in the back of the room and use the blocks and rods there to teach counting.

Ten minutes later, I was surprised to notice that Kerry and the children weren’t at the back tables, so I went looking for them. I found them in the entrance hall. (We were using a church for our schoolhouse.) She was teaching them to count by having them jump up and down the stairs, so their entire bodies were involved in the counting. Another technique she used, as I watched unnoticed , was having children push chairs across the floor from one side of the hall to the other; the child would say “one” for the first chair pushed, “two” for the second chair, and so on. This form of counting was another total-body experience. Kerry had found two whole-body techniques for teaching counting I would never have thought of. Her methods came out of her own creative response to my request. I had assigned the task, she had found a successful way of carrying it out. Her sense of herself being able to carry out a task using her own creative resources increased her own self-esteem.

If I had made my original expectations known (“Here’s the way I’d do it, Keery, if I were you.”), she probably would have carried them out my way; but we would have missed an excellent opportunity for her imagination to be exercised and for a new learning technique to be discovered.

While some insecure young people might have been threatened when I did not show them how to carry out the task, Kerry was not threatened, and I knew that. I also knew she felt secure in her capacity to teach. If she felt she needed guidance, she would have asked for it. Her expectation on that score was clear: she knew she could get guidance from me. What this approach opens up is a way of facilitating a success that Kerry, or any young person in similar circumstances, could own totally.

Sometimes adults get caught presuming, because they’ve done things successfully a certain way in the past, “That’s the way it should be done,” or “That’s always the best way,” and “If only children would cooperate they’d realize that’s the best way for them to learn, too.” For me, at times like this, it’s as if an inner expectation messenger tells me, “Children will certainly learn counting best when I teach them my way. My way works.” When I’m in this closed mood, I find I am apt to ignore suggestions from the students that other ways be tried, and I am tempted to cut them off by saying, “Do it my way,” or “Do it the way I told you.”

On the other hand, when I explore the possibility of using some new, alternative ways (which are not necessarily better, but different), particularly if the suggestions come from children themselves, I am opened to a new level of involvement with them. I can begin then to value and esteem their involvement in their own learning, their willingness to contribute to the how of the task.

Self-Esteem Principle: Avoid having rigid expectations and demands on how and when a task is to be carried out by a child when you’re trying to build that child’s sense of success.