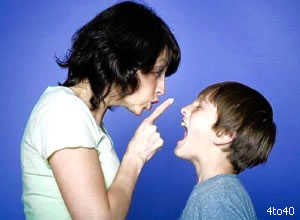 “Parents Know Best”. Or do they? This has been a dilemma for most children and now this question has become a hotly debated topic in psychology. It is true that as children we might not able to distinguish between what is wrong or right for us and it is here that our parents with all their experience and better ability for judgment come to our help. However, there is a very thin line between concern and curbing one’s child’s freedom. With greater study into human behavior, more and more parents are being recognized as more controlling than caring for their children. Effects of controlling parents can be unhealthy. Hence it is important to recognize controlling parents and know how to deal with them.

Do You Have Controlling Parents?

Although some amount of monitoring one’s child’s life is OK, parents have to realize that their parenting styles should change as their children grow up. This is specially true of those who areparenting teenage boys or girls. Read more onparenting teenage girls and more information on parenting teenagers.

Effects of Controlling Parents on Children

Controlling parents psychology is probably driven by the desire of creating well disciplined and responsible individuals out of their children. However, controlling parents may have had dysfunctional childhood themselves. Whatever the case, controlling parents’ effects on children can be devastating. Constant scrutiny and preventing him from arguing his case robs a child of his confidence. A child whose parents take decisions for him every time, fails to develop the ability take decisions on his own. Such children lose the sense of what is wrong and what is right for them. In stead of being responsible individuals, they end up looking for some one else who would take all decisions for them. While some children may surrender to their parents’ authoritarian style of parenting there are others who may just rebel against it and end up going the wrong way. In severe cases, some may displaymental health issues whereas others may end up withpersonality disorders.

How to Deal with Controlling Parents

Behavior of controlling parents can be very confusing for a child, specially as he grows up. He fails to see why his parents should have a say in every decision of his life! However, there is no escaping one’s parents, whether they are controlling or not. So its best to know how to deal with controlling parents. Start with discovering yourself. Realize that you are an individual with certain goals and desires and think of how you are going to achieve them. Understand that even if your parents criticize you, it is not your fault. Also understand that your parents are not doing all this to hurt you on purpose. Try to find out the cause of their controlling behavior. Is it that they themselves had controlling parents or is it simply their unrealistic desire of making a perfect individual out of you? Once you have all these questions sorted out, try to recognize their controlling tactics. Next time you feel that they are assuming the same methods, sit and talk it out with them. For some this may work but for others, their parents might just refuse to see reason. Don’t confront or get into an argument the next time they interfere with your decisions. Do what you think is right and when they question you about your action. In stead, reassure them in a calm way that what you are doing is right. For some adults stricter handling of parents may be required. Refuse them permission to control your life anymore. However, when you do this, be polite and firm at the same time.

More often than not, controlling parents adopt their stance out of concern for their children. However, unjustified they may appear, as children we must remember that when we were kids they took care of us. When they are old we cannot use any excuse to desert them!