Be Careful with Your Negative Feelings

The main point to remember here is that children in general, low self-esteemers in particular, tend to think they are the cause of their parents’ or teachers’ negative feelings. So, if you are angry or fearful because of something that happened outside the relationship with this child, keep those feelings out of this relationship. If your negative feelings are very strong and recent, children may be able to sense them, in which case it may be necessary to share enough of the situation with them so they do not feel responsible for your negative feelings. Young people usually need to be told clearly that they are not the source of your problems.

During the year I did counseling at a women’s college, shortly after the move into my new home, I was frequently angry and frustrated by the messes and delays involved in getting my home in shape. I once cleared an entire morning, changing appointments and schedules, so I could stay at home for a plumber who had promised to come. But he never appeared. I waited at home till long after the last minute and was consequently late at the collage for the client who had been waiting for me. I was embarrassed about being late. I wanted to take the time to phone the plumbing company to tell them how angry I was; yet I did not want to delay her. When we sat down to begin the session, my mind was still focused on what I wanted to tell the plumbing company. I was mentally rehearsing the order in which I would list my complaints. I was not functioning very well as a counselor. My responses, when I made any, were perfunctory and not very helpful, so the student seemed confused about how to talk any further about the issues concerning her.

I wisely stopped and said, “Nancy, please forgive me if I seem distracted. The truth of the matter is I am very distracted.”

She immediately became concerned. “Is there anything I can do?” she asked.

I realized she felt somehow it might be her responsibility to help me. This broke my tension. I found myself laughing as I said, “You could if you were a plumber.” Then I briefly explained I had the usual problem over a plumber who didn’t show up. It was nothing for anyone to become over concerned about, but I had let it get to me. When I recognized the truth of that last statement, I was able to focus on Nancy and her needs. 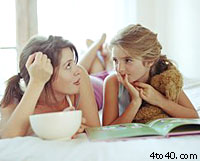 This was a case where an outside source of negative feelings simply needed to be talked about openly in order to keep the relationship with Nancy moving forward without threat. There have been other times when I chose not to describe what was bothering me but would simply say, for example, “Some things have happened today that made me angry. Please know my anger has nothing to do with you.”

Some examples of feelings I usually chose not to share with young clients were those sparked by conflicts among the staff or administration of the places where I worked, those that related to my own family, and concerns about my own physical health.

Last spring I felt sure I was developing an ulcer. I didn’t share this fear with any of my clients because it is likely a client might feel she or he simply added to my ulcer-“I’m causing Mrs. Berne’s ulcer”-and I didn’t want that to get in the way of the work I did with my clients.

I did share my ulcer fears with my secretary. It turned out she had similar fears and symptoms. We became a kind of mutual support for one another, comparing symptoms and encouraging each other to see a doctor and have the necessary diagnostic tests done. Being able to share my fear with her allowed me to keep this fear outside of my counseling relationships. (As it turned out, neither of us had an ulcer.) 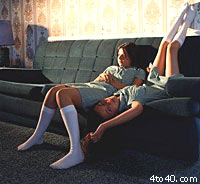 Related to this concept is a big question parents have about their deepest worries and concerns. Generally stated, it asks: “What should I share or not share with my children? When is sharing appropriate, and when is it really dumping my worries on a child who can’t do anything about them?” More particularly, such concerns might be expressed in the following way: “I don’t want the children to know their father has an alcohol problem”; or “I’m having a biopsy to see if I have cancer, and I don’t want my children to know it”; or “Our marriage is having serious problems, and I don’t know what to tell the children”; or “I don’t want my children to know I’m seeing a therapist.”

There are no hard and fast rules on what’s appropriate to share with children and when to share it. It depends on the child, the child’s age, the kind of relationship you have with the child, how your concern might be presented. Each situation needs to be evaluated uniquely.

One question I usually ask such parents is: “Why do you want to share this information and these feelings with your child at this particular time?”

I would like to point out a distinction between not sharing certain information (I chose not to tell my young clients about my ulcer fears) and hiding it or pretending it’s not true or real, for example, in a family where one parent is alcoholic and everyone pretends not to know it. This is called a “family secret.” At times children are forced into such pretending. When a family secret builds a sense of hypocrisy or deceit among family members-when, for example, family members deny the alcoholism or lie about how it affects them, even to each other-there is a denial of reality, which is ultimately harmful to everyone’s self-esteem.

Self-Esteem Principle: If low self-esteem children see you in a negative state, they will naturally think you are angry, frightened, etc. because of them.

Share your negative feelings with children only when the sharing, carried out in a spirit of growth, honesty, and authenticity, fosters positive self-esteem and development of the whole child.