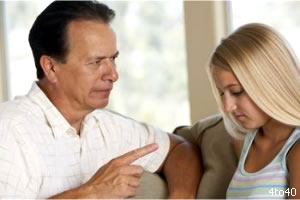 Families are an integral part of the social fabric of the human society. Parents and children form the most important parts of the families and their relationship determines the healthy growth of the child. Being a parent means lots of responsibilities and challenges in the holistic upbringing of the child. Psychologists have categorized parenting styles into various types. Parenting as we all know is a complex activity. The specific parenting behaviors have a deep impact on the child’s mental growth. While parents tend to give their best in shaping the present and future of their child, too much expectations become a burden on the child. Read more on family relationships.

What is Authoritarian Parenting Style?

The cons of authoritarian parenting is, that it restricts the child’s ability to think freely. All the child does is to obey his parents in every decision that is imposed on him, without giving any thought to his own likes and dislikes. This creates negative personality traits in the child like low self esteem, lack of confidence and lack of courage. When the parent is not ready to listen to the child about his views and opinions, it leads to extra mental pressure on the child. In case, the child does something wrong, it is usually followed by severe punishment or repercussions. Collectively, all this leads to a mental turmoil in the child’s mind, thus, making him more vulnerable to guilt, lack of self-worth and stress.

Authoritarian parenting triggers poor socializing skills in the children. Since, the child is never heard to even in the secured walls of the house, he eventually loses his self esteem and develops a severe inferiority complex. All these follow him to his adulthood where he may tend to avoid public and social circles. In extreme cases, the child may prey to unhealthy habits when he grows to be a teenager. It is to be understood, that too much limitations lead to a deeper urge in the child to do things that he is not allowed to do. So, when they grow up, they are intellectually more evolved and they may rebel against the parents. Alienation of the public life, depression and other psychological problems may develop in the child if he is unheard from his parents.

As, the child bought up under authoritarian parenting style grows, he may turn to detach from his parents, if not physically or financially, at least emotionally. When he would call his parents ‘mom’ or ‘dad’, he would not mean it from his heart, it would be more of a habit than gratitude and love. Authoritarian parenting consequences are definitely scary. The essence of authoritarian parenting is love,child care and a hope of bright future for the child. However, the method adopted is wrong and can be disastrous for the future of the child. So, it is better to adopt a parenting style that gives children unconditional love and support and yet maintains some of level of strictness, so as to maintain a balance. This will eventually make children happy and successful.