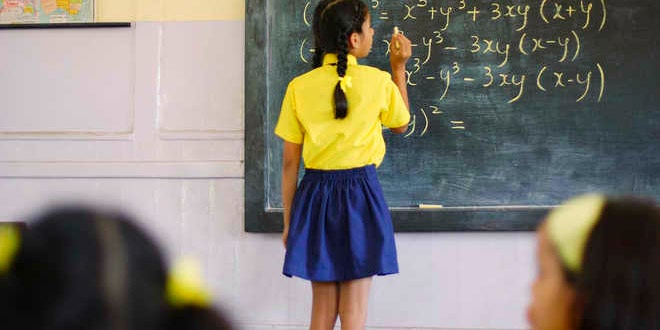 1-on-1 tutoring can ease math anxiety in students

Parents, take note! One-on-one tutoring can relieve math anxiety in kids by fixing abnormal responses in the brain’s fear circuits, scientists, including those of Indian-origin, have found.

The study is the first to document an effective treatment for math anxiety in children, researchers said.

“The most exciting aspect of our findings is that cognitive tutoring not only improves performance, but is also anxiety-reducing,” said senior study author Vinod Menon, professor at the Stanford University School of Medicine.

“It was surprising that we could, in fact, get remediation of math anxiety,” he said.

Many children feel anxious about doing math problems. For some, the anxiety persists throughout life, discouraging them from pursuing math and science classes as well as careers that rely on mathematical expertise.

The new research was based on the idea that the principles of exposure-based therapy for treating phobias might also apply to alleviation of math anxiety.

Phobias, such as the fear of spiders, can be relieved in affected individuals by repeatedly exposing them in a safe environment to the thing they fear.

The study included 46 children in third grade. Each child took a test that assessed his or her level of math anxiety.

They were divided into two groups — one with high math anxiety, the other with low math anxiety.

They also completed standard neuropsychological assessments and were tested on simple addition problems while having their brains scanned via functional magnetic resonance imaging (fMRI).

The brain scans of the children with high levels of math anxiety showed activation in the brain’s fear circuits and so-called “fear centre,” or amygdala, before tutoring.

After tutoring, the fear circuits and amygdala were no longer activated in children who had begun the study with high math anxiety, confirming that tutoring ameliorated the anxiety itself, rather than providing the kids with a coping mechanism that relies on other brain circuits.

The study was published in The Journal of Neuroscience.