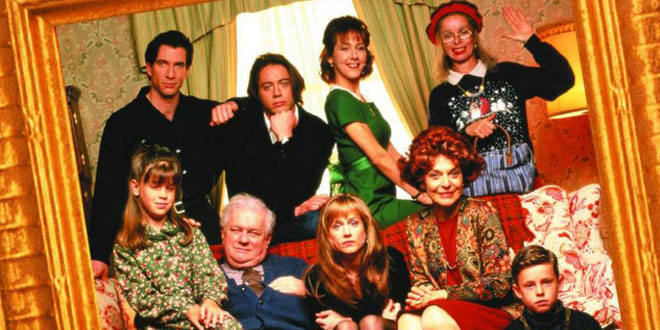 If you are looking for comedy, jest and a lot of drama this Thanksgiving, then the movie “Home For The Holidays” is your best option. Being the second directorial effort of American actor, director and film producer, Jodie Foster, the movie is an adaptation of a short story by Chris Radant, which appeared in a Boston newspaper. For Foster, working on the script and finding a beautiful idea to pull through it was the greatest challenge. However, after a great deal of brainstorming and mind haggling, she came up with a beautiful piece of work that reflected not only her point of view, but also gave an insight about her own life experiences. It was released on 3rd November 1995 and became an instant hit among the masses. However, it received mixed critical acclaim.

The prime character in “Home For The Holidays” is played by Holly Hunter and the entire story revolves around her and her family. The rest of the star cast includes Robert Downer Jr., Anne Bancroft, Claire Danes, Geraldine Chaplin, Dylan McDermott, Steve Guttenberg, Cynthia Stevenson, Charles Durning, David Strathairn and Austin Pendleton. Working with a massive $20 million budget, the entire movie was filmed and produced in the city of Baltimore, in the United States. This particular city was selected for the movie because the place was like the prototype of a typical American city’ urban and dangerous, yet with a “hopeful quality” to it. Let us explore the story and summary of this Thanksgiving movie.

Home For The Holidays: Movie Plot

“Home For The Holidays” is about a single and lonely mother Claudia Larson, played by Holly Hunter, who decides to spend her Thanksgiving with her parents. On the other hand, her only daughter Kitt, played by Claire Danes, decides to spend the vacation with her boyfriend. The way in which Holly fulfills the demands required of her character is amazing. Not only does she perfect the different shades of her character, but also gave a personal touch to her role, which makes watching the movie all the more worthwhile.

One of the reasons why Claudia decides to stay at her parent’s house on Thanksgiving is that she has just lost her job and wants some time to think afresh about her own life and also about her future plans. She is also joined by her conservative sister Joanne Larson Wedman (Cynthia Stevenson) and her husband Walter (Steve Guttenberg), along with their children, who come to celebrate the festive occasion together with the family. Also entering the scene is Claudia’s gay brother (Robert Downey Jr.), who joins the gathering with his new friend Leo Fish (Dylan McDermott) and his eccentric aunt Glady (Geraldine Chaplin).