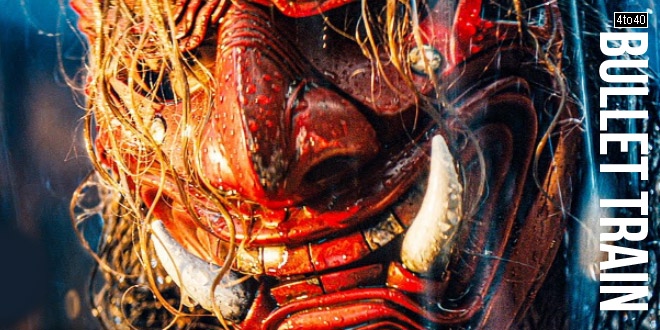 Five assassins aboard a fast moving bullet train find out their missions have something in common.

Bullet Train is scheduled to be released in the United States on July 15, 2022, by Sony Pictures Releasing.

Trained killer Ladybug wants to give up the life but is pulled back in by his handler Maria Beetle in order to collect a briefcase on a bullet train heading from Tokyo to Morioka. Once onboard, he and the other competing assassins onboard discover that their objectives are all connected.

The film was initiallly developed by Antoine Fuqua—who produces the film—through his Fuqua Films banner.

It was announced in June 2020 that Sony Pictures hired David Leitch to direct the adaptation of the Kōtarō Isaka novel from a screenplay by Zak Olkewicz, and Brad Pitt being cast in the film the following month. Joey King entered negotiations to join in a role described as a supporting role on “a cameo level”. In September, Andrew Koji was added, with Aaron Taylor-Johnson and Brian Tyree Henry joining in October. In November 2020, Zazie Beetz, Masi Oka, Michael Shannon, Logan Lerman, and Hiroyuki Sanada joined the cast, with Leitch revealing in December that Karen Fukuhara had also joined, and that Jonathan Sela would serve as cinematographer. That same month, Bad Bunny was also added to the cast, and Sandra Bullock joined the following year in February to replace Lady Gaga, who had to drop out due to scheduling conflicts with House of Gucci.

Production for Bullet Train began in October 2020 in Los Angeles, during the COVID-19 pandemic. Filming started on November 16, 2020 and finished in March 2021. Pitt performed the majority of his stunts in the film.