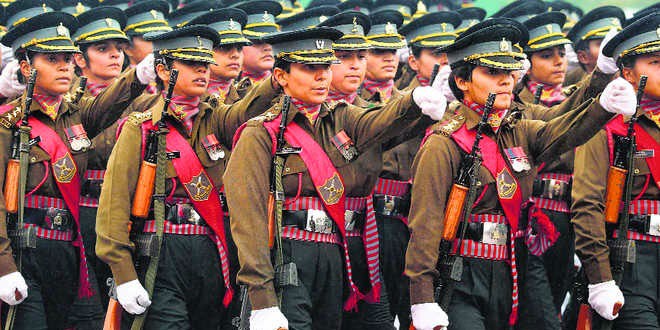 The modern woman doesn’t need society to validate her existence. She is charting unmapped territories where the limits are often self-imposed. The Tribune looks at this brave new world where women are not afraid to live it up, and on their own terms

There is something about success stories that gives wings to our aspirations and drives our dreams. As we watch women pushing the envelope and strive to optimise their potential, undeniably a lot has changed the lot of women, one and a half decade into the 21st century. They have broken shackles and defied odds with grit to define goals and set the agenda. They have freed themselves from the desperate need to conform to others’ expectations or seek approval. Be it breaking the glass ceiling to giving all to pursuit of one’s passion or finding ways to express themselves, women are increasingly making an effort to script their destiny and not remain a footnote in someone else’s script.

Most of them have stopped striving for a level-playing field but prefer to create a field of their own. What’s best is the lack of baggage. There is no raving and ranting as in the days of a nascent feminism, no explanations. Very often, a steely strength and a quiet determination steer her as she ploughs a lonely furrow. The discourse is being rewritten. But for a society in flux, while the old is gradually giving way, the new is yet to acquire shape. Roles are being rewritten; fluid expectations vacillate between 15th century demands and 21st-century social media savvy. Fortunately, the debate is no longer about clichéd notions of liberation. It’s more about setting their own pace and finding a groove, their own metier. Happy in her own space, what’s best is that the new woman has discovered the courage to shed not only the old but also the new stereotypes. She does not want to be a superwoman, supermom or a woman of substance. She is happy being herself. Shedding the restraining mould of sex-specific traits, she sees no dichotomy between being an achiever and a nurturer or between being a feminine and feminist. No drab, monochromatic tones but a splash of vibrant hues on life’s canvas. There is no either or but and she wants to have it all. Which is easy because she feels she has agency. Does not have to ask or tell.

If reasons for marriage are evolving, so are the reasons for calling it quits. Matrimony is no longer a valid passport for a better life, just as remaining married only for society’s sake or living under the same roof (and lead separate lives) and not rock the boat is unacceptable. Parents are easing the do’s and don’ts and taking pride in their daughters’ achievements, cocking a snook at society and even becoming pillars for them in tough times. There is a change in the dynamics of companionship as more and more young boys with working mothers seek partners as equal partners and not merely as glorified household help only to cook or clean.

While many refuse to be content merely not being unhappy and actively seek happiness, most refuse to wear the mantle of victimhood. Most women can laugh at themselves and take strides towards empowering themselves emotionally just by casting aside a mould made by others, be it society or family. It is the next step that is the most daunting one.

When mothers raise sons without a sense of entitlement and women, too, stop internalising the myth of male superiority and women’s issues will not only be of women by women and for women but also impact and fire men —then it will truly be celebration time.

On wings of glory: Puja Thakur 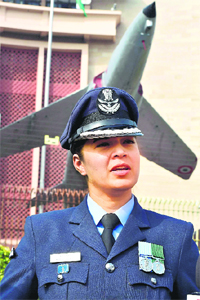 The nation sat up and noticed when a young woman Army officer escorted US President Barack Obama to inspect the guard of honour Coming face-to-face with the most powerful man on earth can be intimidating. What can be all the more intimidating, however, is giving a command in front of him in Hindi. “That’s the protocol; our commands are spelt out in Hindi,” says Wing Cdr Pooja Thakur, recalling her latest feat of serving Guard of Honour to American President Barack Obama at the Republic Day parade this year.

A third-generation officer of the Indian Air Force, 36-year-old Wg Cdr Thakur took immediately to carrying on the family legacy of serving the nation, when she joined the forces in 2000. “Let’s just say it was a natural progression for me, joining the armed forces; I had gotten used to the lifestyle and I definitely didn’t want to be an officer’s wife to be a part of it again.”

The days that led up to one of the most important feats of her career, however, weren’t in anticipation of facing the American President. “I’ve always liked being part of a parade. Honestly, nobody knew it was going to get so hyped. I was just asked if I was interested in being a part of the R-Day parade and I agreed. This was 15 days before the D-Day. No one knew for sure which dignitary we were to address. It was only about a week before the 26th that we got the conformation for Obama’s arrival.”

Though the Armed Forces are more gender tolerant, according to Wg Cdr Thakur, every profession requires a woman to go the extra mile to prove her worth. “It’s also because every Indian Air Force unit has an average of just 15 per cent women officers. When a woman officer makes a mistake, it works against all women officers; we, kind of, build our brand on each other’s strength. But, I believe I joined the forces at the right time. Women are far more accepted in this profession than any other, world-over.” — Somya Abrol 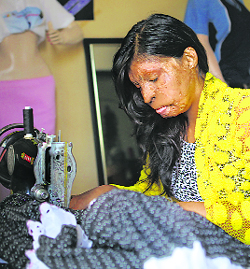 Talk about being caught unawares. A fateful night in 2008 rendered Rupa’s life hopeless after her stepmother threw acid on her while she was resting after a hard day’s work. Why? “Because she wanted the jewellery that belonged to my mother; it was in my possession.” As if that wasn’t enough, Rupa had to wait for 12 hours after the attack, so that her maternal uncle could come and take her to Delhi (Safdarjung) to get medical help. “It took me about five years after that day in Delhi to believe I had a life that I wanted to live. That was when I came in contact with Chhaon foundation and got associated with their Stop Acid Attack campaign. Alok sir from the foundation asked me what I wanted to do with my life. I told him I’d like to learn how to stitch clothes. It’s been nine months since. Atul sir teaches us designing and then we’re given a free rein to let our imagination take over.” Now, at the age of 22, Rupa is designing clothes for friends and their friends in the US. “I sent a pink lehenga to a friend in the US recently; she seemed very happy with it!”An acid attack is the end of “the good life” for many. For Rupa, however, it was just the beginning of a life full of welcome challenges and fashion! The twenty-two-year-old rose from ashes to start her own line of fashion clothing.

Closer home, Rupa dressed up herself and her friends from Chhaon foundation for a photo shoot by fashion photographer Rahul Sharan in August 2014. “It was the most fun we had had in years! Rahul made us look so beautiful in my creations! I knew I wanted to do greater things with my life that day on.”
In case you’re still wondering what her last name was, her father didn’t come to her rescue on that fateful night of 2008. — SA