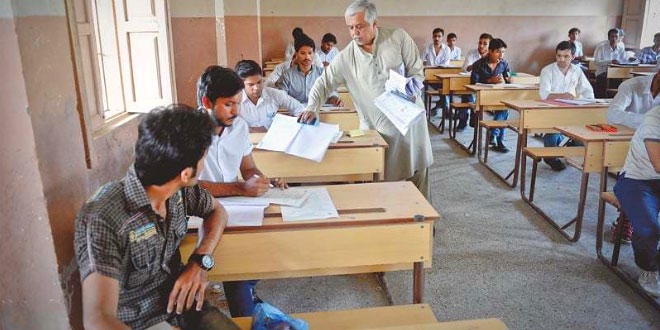 Cheater Hurts Himself The Most

It’s wise to use one’s intelligence, if one is blessed with it, positively

Rohit had got into wrong company very early in his life. His parents, both professionals, did not pay much attention to him. Rohit spent most of his free time with his friends on the street where they used to play. Cheating was rampant in their games and Rohit learnt fast. There used to be frequent fights due to this but life went on. Cheating got deeply ingrained in Rohit’s psyche. He now cheated out of habit, even though there may not have been much benefit by doing so even immediately. He had become like a habitual liar.

This propensity to cheat carried over in studies. He decided it was far easier to cheat in exams than study. He, being an intelligent child, devised several ways to avoid being caught. He was not learning much and was just passing his exams. His teachers had an inkling about his wrongdoings but without definite proof, they were unable to act. His parents were least bothered as long as his report card showed good results.

During his schooling, Rohit developed friendship with a boy. There was an essay competition and his friend wrote an excellent one, but he had to leave with his family to attend a wedding in another town. This boy entrusted his essay to Rohit for submission on the designated date. Rohit did so but entered it in his own name. This essay won the first prize. When Rohit’s friend returned, he was informed about the whole episode. Inevitably, he broke all connections with Rohit.

Time passed, Rohit finished his education and got married. Here again, he was up to his usual tricks; he began seeing some other women. Eventually, his wife found out about his illicit behaviour, but Rohit being what he was could not be hauled up because he did all this quite surreptitiously. That may be so but Rohit lost her love; she no longer trusted him. This feeling got communicated to their children also and Rohit was a stranger in his own home.

He started a business with a partner and soon it became quite profitable. Both partners were thrilled but Rohit had other ideas; he was thinking of taking a larger share of the pie by cheating. He did so for some time but his partner, not a fool, caught him and the partnership was dissolved. A successful business was closed. This hurt Rohit a great deal financially, but he managed somehow.

With a lot of spare time, he began indulging in card games. He was quite thrilled because this presented many opportunities to cheat. Soon, he became quite good in this art and began to rake in good money. Others, who were losing, were not amused. They got together and cornered Rohit. He was beaten up and thrown out of the group.

In this state, he entered his house and made a story of an accident, but he was not fooling anyone; even his two children knew better. Fortunately, his wife and children, totally disgusted with Rohit’s cheating habits, practised honesty in their dealings and behaviour. They were not going to hurt others, who were close to them, as Rohit was hurting them.

Age caught up with Rohit and his poor eating habits got him the dreaded diabetes. Here again, he was cheating himself by eating wrong foods, even though his family tried to keep a watch over him. Then, one day a boil appeared on his left foot. It began to spread and, ultimately, his left leg had to be amputated.

What is the moral of the story? Generally, a cheater is an intelligent person in the sense that it requires intelligence to be able to cheat successfully. But this is an entirely wrong use of this faculty if misused. Not only does it hurt others, it hurts the cheater the most as we saw in the case of Rohit. Therefore, it will be wise to use one’s intelligence, if one is blessed with it, positively. Everyone around, including the person concerned, will benefit greatly.