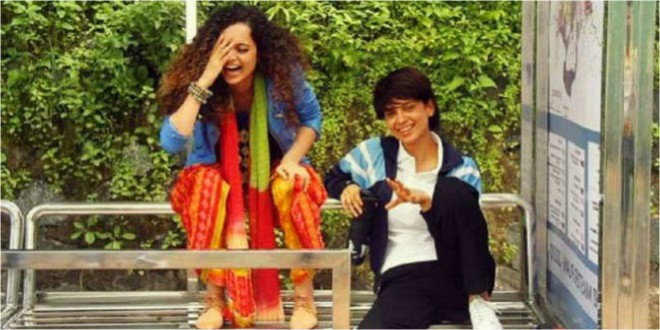 Bollywood Made In Haryana

Looking at everything Haryanvi that has been hitting the silver screen, right from the hallucinating Mr Mandola to the Haryanvi spewing Datto, it seems Haryana and its inimitable dialect is the new flavour of the Bollywood season.

The rustic dialect and the original accent ensured that the adorable Tanu and Manu did Return, and that too with a bang. When Kangana’s bickering character takes to the screen with rapid fire Haryanvi, it’s an instant crowd pleaser. So can the audience be blamed for breaking into a clap and a whistle, a routine that had been lately lost in the clever words and urbane wit?

What a return it’s been, for the franchise, the performers and everything Haryanvi itself. “The beauty of Haryanvi dialect is that it is very very different. Whenever anything different comes to the notice of filmmakers, it immediately becomes the toast of the B-town,” shares Vikramjit Virk, silver screen’s celebrated bad boy and a Haryanvi himself. “In Punjab, people have evolved in their lifestyle but in Haryana, they continue to maintain the traditional way of life, which is what makes it so appealing to B-town and the viewers,” he adds, while all set to star in India’s first 3D stereoscopic film down South. 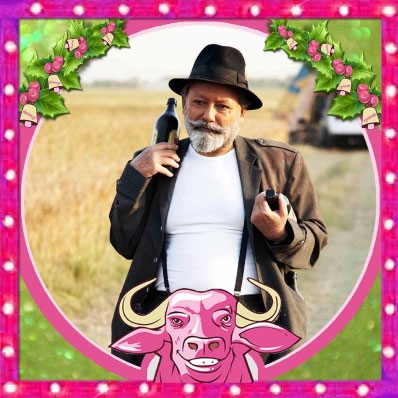 While the state has always made headlines with either honour killing incidents or its glorious athletes, it’s only lately the culture and language that have started to get their due.

Even before the Kangana Ranaut-starrer could celebrate Rs 100 crores, there are news on Aamir Khan’s upcoming film Dangal with its promising reports of his beefed-up look and lessons in Haryanvi for the movie based loosely on real-life wrestler Mahavir Phogat.

All this while, the nation still remembers spine-chilling performance by Anushka Sharma in NH10. “Bollywood moves like a circle. There was a time when everything from UP and Bihar was being portrayed on screen. Haryana it is at the moment, so it’s really good,” shares Akhil Kumar, Arjuna awardee, the boxer from Rohtak.

However, it’s only a beginning, if it can be considered so and there’s a lot that can be captured. He adds, “I would say there’s a lot of scope for Haryana’s lok geet and dance. There was a film called Chandrawal that did so and did quite well too.”

Well, there are several other Haryanvi characters, as adorable and as well remembered on the silver screen. Who can forget the hot-headed hockey player Chitrashi Rawat as Komal Chautala from Chak De! India? A few years later, Matru ki Bijli Ka Mondola might have spoken about depleting village land and mindless industrialization but what the audience remembered was the privileged, hallucinating Pankaj Kapur and his typical lingo.

“It’s a language that’s not easy to master and get the hang of, but Kangana has done a fantastic job. I had a friend named Suman and she was exactly what Kangana is in the film” Kavita Kaushik throws a nod her way, having played Chandramukhi Chautala herself in SAB TV’s sitcom F.I.R.

“It’s a lingo that might be considered brash but it has extremely lovable, innocent sarcasm about it. It’s very very funny and straight faced at the same time. There is a lot of scope for performance and that’s why probably my character lasted nine years.” She adds, “Our country has such diverse culture and there is so much to borrow from.” That if they started with roots, there would be a long ground to cover. North India, it is at the moment.