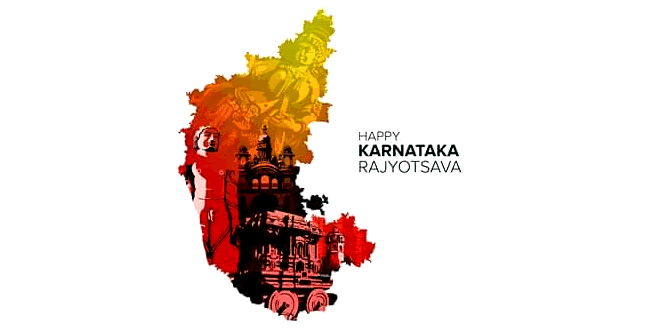 In 1950, India became republic and different provinces were formed in the country on the basis of language spoken in the particular region and this gave birth to the state of Mysore including various places in south India, which were earlier ruled by the kings.

Later in the year 1956, all Kannada speaking regions of South India were merged into one state. The new state was named after Mysore, which by itself was a princely state. The name Mysore was not accepted by some regions like North Karnataka and Hyderabad of the present time and people residing these areas demanded the change in the name of the state.

Finally after the prolonged discussion over the issue, in the year 1973 the state of all Kannada speaking people was renamed as Karnataka on 1st November. The credit for this landmark decision owes to Late Devaraj Urs the then Chief Minister of state and every year the November 1st is celebrated as Kannada Rajyotsava or Karnataka Rajyotsava meaning “State festival” of Karnataka.

The Rajyotsava day is celebrated with great joy and vigor all over the state of Karnataka. The state government asserts Rajyotsava awards on this day, which are awarded to people responsible for great contributions in the development of Karnataka.

The entire state wears a festive look on this day as Kannada flags are hoisted at different strategic locations across the state and people of Karnataka can be seen decked up in red and yellow colored traditional attire. Males can be seen dressed in yellow and red turban while females delightfully carry yellow and red colored saris. The celebrations are marked by multicolored tableaux carrying the picture of the Goddess Bhuvaneshwari mounted on a fabulously decorated vehicle.

The colorful procession is also accompanied by stunning performances of the folk artists in the fields of drama, dance and classical music.