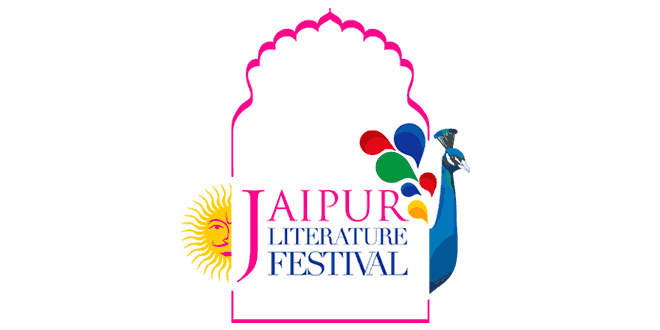 Jaipur hosts a number of literary giants every year in January amid giving farewell to winter. The atmosphere fills with the air of creativity in the beautiful ambiance of majestic Clarks Amer. Described as the ‘greatest literary show on Earth’, the Teamwork Arts Jaipur Literature Festival is the world’s largest free event of its kind. Originally it was an initiative of the Jaipur Virasat Foundation, an NGO that works with Rajasthan’s musicians and craftspeople to preserve skills and promote economic livelihoods while protecting heritage.

The iconic annual Jaipur Literature Festival will be back at its cherished home – Jaipur – in a hybrid avatar with both its on-ground magnificence as well as its nifty virtual presence. The hybrid version will enable a larger audience to access the Festival offerings, reaching out to book-lovers across continents. There has never been a more powerful feast of literature, discourse & camaraderie than this Festival.

Literature buffs enjoys this opportunity to meet renowned national and international authors and listen as well as interact with them. The Creative Directors are – William Dalrymple and Namita Gokhale and the festival is produced by Sanjoy K. Roy and Teamwork Arts Productions.

Described as the ‘greatest literary show on Earth’, the Jaipur Literature Festival is a sumptuous feast of ideas.

The past decade has seen it transform into a global literary phenomenon having hosted nearly 2000 speakers and welcoming over a million book lovers from across India and the globe.

Every year, the Festival brings together a diverse mix of the world’s greatest writers, thinkers, humanitarians, politicians, business leaders, sports people and entertainers on one stage to champion the freedom to express and engage in thoughtful debate and dialogue.

In April 2020, as the world went into an unprecedented lock down dictated by a devastating pandemic, and we began to embrace an increasingly digital medium, Teamwork Arts began JLF Brave New World, and followed it up with Jaipur Literature Festival WORDS ARE BRIDGES, JLF London, Adelaide, Colorado, Houston, New York and Toronto – series of powerful digital conversations on literature, ideas, and narratives that define our times, featuring Nobel Laureates, Man Booker, Pulitzer, JCB, Commonwealth, Sahitya Akademi and other awardees. Because we believe that the seamless flow of knowledge and a shared love for books are universal ways for communities to connect across the borders that Covid-19 has inadvertently drawn.

Over the past several months, these online series have featured as many as 416 speakers, over 248 sessions, Garnering approximately 5 million views across continents!

With a reach of 27 Million and exceeding more than 40 million Impressions.

The first list of speakers for the 2021 edition include Albie Sachs, a distinguished lawyer, anti-apartheid activist, scholar & author; Bibek Debroy, Chairman of the Economic Advisory Council to the Prime Minister; Carlo Rovelli, renowned theoretical physicist and bestselling author of Seven Brief Lessons on Physics and The Order of Time; Daniel Simpson, Yoga philosopher & author of author of The Truth of Yoga, a comprehensive guide to the history of practice; John Zubrzycki, an Australian journalist, researcher and author of The House of Jaipur: The Inside Story of India’s Most Glamorous Royal Family; Marina Wheeler, British lawyer, author, columnist and a Queen’s Counsel; Michael Sandel, American political philosopher.

The list continues with Moin Mir, author of Surat: Fall of a Port, Rise of a Prince: Defeat of the East India Company in the House of Commons, which traces the annexation of Surat; Moni Mohsin, writer based in London, famous for writing long running satirical column ‘The Diary of a Social Butterfly’ for The Friday Times; Navtej Singh Sarna, an Indian author-columnist, diplomat and former Indian Ambassador to the United States; Oliver Craske, author of the biography Indian Sun: The Life and Music of Ravi Shankar; Prasoon Joshi, celebrated Indian poet, writer, lyricist and screenwriter; Priya Atwal, Historian of empire, monarchy & cultural politics in Britain and India.

Jaipur Literature Festival is an initiative of the Jaipur Virasat Foundation founded by Faith Singh and was started as a segment of the Jaipur Heritage International Festival since 2006. The festival was developed into an independent festival of literature in 2008. Vinod Joshi is its regional advisor.

The Jaipur Literature Festival is held annually in the pink city of Jaipur. It is recognized as “the grandest literary Festival in Asia” by Miranda Seymour. It is held each year in Jaipur, Rajasthan during the month of January, usually in Durbar Hall, Baithak and Mughal Tent.

The Jaipur Virasat Foundation (JVF) has registered as a non-profit trust in 2002. It has evolved its programmes in association with various local and citizen groups and partners. UNESCO quotes JVF as a platform for common man to showcase his creativity. It is promoted by Jaipur Heritage Trust in U.K. and Les Amis de Jaipur in France. HRH Prince Charles, Prince of Wales, UK is the international patron of JVF.

Jaipur Virasat Foundation works with and for traditional artistes in Rajasthan. It has opened up holistic, culture-based and cross-sector approach to livelihood generation through its various activities, events, advocacy forums and networks to preserve cultural diversity.

JVF focus on the settlement of rural people who have traditional values, arts, crafts and knowledge and struggle for life security and dignity in urban areas.

Creativity and skills are used to cultivate new opportunities for livelihood. It uses knowledge and values of the people Virasat to promote social harmony, tolerance and understanding among the people of Rajasthan. It envisages a new and unique Rajasthan where progress and Virasat complement each other.