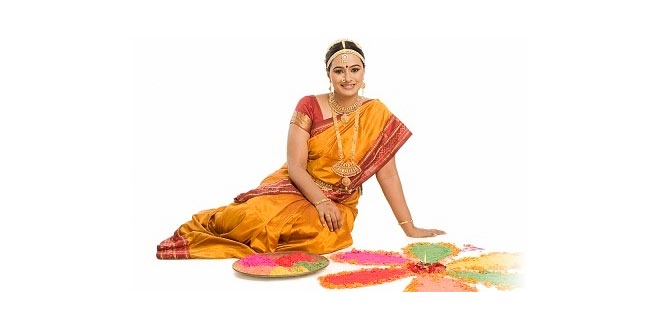 Pongal Facebook Covers: Pongal is the harvest festival of Tamil Nadu. On this day, people thank God for a bountiful harvest. They prepare a special dish called ‘Sarkkarai Pongal’ and pray for the blessings of Sun God. One of the most popular Tamil festivals, it is celebrated on January 14th every year, when it coincides with Makar Sankranti celebrations in entire North India, Lohri in Punjab, Bhogali Bihu in Assam and Bhogi in Andhra Pradesh. It is one of the very few Dravidian festivals that have survived the Indo-Aryan influences. Pongal also finds little reference in Puranas.

Bhogi PongalBhogi Pongal is dedicated to Lord of the rain Indra for the prosperity of their agricultural land. Since Lord Indra who is the supreme divinity is the God of clouds and rains. On the same day, some set of rituals of Bhogi Mantalu are also conducted in some rural areas; people provide their gratitude to Lord Indra by dancing and singing songs in praise of Lord around the bonfire. The importance of bonfire is that it is made of agricultural wastage and useless household woods. Girls and the females of the house sing songs and dance around the bonfire, in the name of the gods. Thai PongalIt is a belief that the main Pongal event is performed on this day. Thai Pongal is also called Surya Pongal or Thai Pongal. The ceremonial worship is started with Kolam; a traditionally, handmade auspicious design at the entrance of the house by white lime powder. This should be performed early morning and after bath by the females of the house. All people wear traditional dress, jewelry and put tikkas on their forehead.

The major event on this day is performed where rice is boiled along with milk in a pottery pot tied with a turmeric plant on clay stoves outside of the house. This mixture is prepared by the females of the house for offering it to Sun God in the morning time. In many places, women gather at a specific location to perform this traditional ritual. After the rice is cooked; it is offered to Lord Sun along with sticks of sugarcane, coconuts, and bananas.

Mattu PongalMattu Pongal is dedicated to the worship of cows. On this special day, the farmers makeover their cows with multicolored beads, tinkling bells, sheaves of corn, and flower garlands. Then they are taken to the village centers; where all the villagers gathered to watch each other’s cows and their makeovers. Then they are worshiped and an Aarti is performed to venerate those embellished cows. The resounding of bells and beautifully makeup cows make the entire atmosphere festive and full of fun.

As per the mythological narration, it is believed that once Lord Shiva had asked his lovable bull, named- Basava, to go on earth with a note for the creatures. He also conveyed to tell those mortals to bath daily, have an oil massage, and also to eat once a month or so. Nevertheless, Basaka accidentally proclaimed that Lord Shiva wanted all human beings to eat on a daily basis and to have an oil bath once a month. Shiva got infuriated by the mistaken message and exiled his most loving bull- Basava to go on earth forevermore and cursed that he would have to turn up the earth of (an area of land) with a plow, especially before sowing to aid farmers to produce food and nutrition. On grounds of it, the cows and bulls are revered on this day.

Kaanum PongalThe fourth day or last day of Pongal is known as Kaanum or Knau Pongal. The Pongal ritual performed on this day is that; the leftovers of sweet Pongal, colored rice (red and yellow), betel leaves, plantains, betel nuts, two pieces of sugarcane, and other dishes are placed in the courtyard and placed on the washed turmeric leaves. The main item- rice is put merely in the center of the turmeric leaf. All the women of the house assemble in the courtyard and pray for their brothers and family’s prosperity, followed by Aarti with turmeric water, rice, vermillion, limestone, and this holy water is sprinkled everywhere, even outside the house.
Share