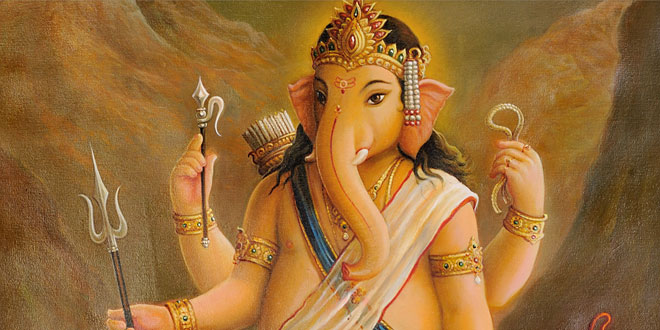 Ganesh Chaturthi Fast: Nirjal Or Phalahar Vrat – Ganesh Chaturthi is one of the well known Hindu festivals of India, celebrated with gusto. Just as Durga Puja is for Bengalis, Onam for Malayalees and Pongal for Tamilians, Ganesh Chaturthi is the most important festival for Marathis in the country. Hence, the festival is celebrated with great fanfare across Maharashtra. In addition to this, the Telugu people in Andhra Pradesh celebrate this fervor with religious observance, just like that done in Maharashtra. People, in both the States, dance around beautifully sculpted over-sized idols of Lord Ganesha. A temporary puja pandal (canopy) is set up, where the idol of Lord Ganesha is worshiped.

Communities compete with each other to put up a more outstanding pandal and idol of Lord Ganesha, thus paving the way to a lot of variety. Amidst much fanfare and festivities, the priest installs the idol into the respective pooja pandal, after the idol is taken on a grand procession. Apart from the pandals, people also flock into the temples that are dedicated to Lord Ganesha. They offer modak (ladoo, a sweetmeat made of flour and sugar) to the deity, as it is his favorite. A day-long fast is observed by the devotees, which is broken only after the Ganesha puja and aarti in the evening. In this article, you will know all about Ganesh Chaturthi vrat (fast).

The devotees of Lord Ganesha, who intend to observe Ganesha Chaturthi fast, would wake up early in the morning and take bath. After wearing laundered clothes, they would head towards the nearest temple or perform a small puja at their home, to offer prayers to the deity. In the temples, special puja would be conducted. The devotees would offer prasad to the deity. The temples are filled with the sacred chants and mantras. Bhajans are sung. This creates a perfect festive mood for the devotees, who flock the religious place to invoke Lord Ganesha and seek his blessings.

When people are on a fast on the festival of Ganesh Chaturthi, they may opt for either the nirjal vrat (a stringent, waterless fast) or phalahar vrat (a diet). As a general fact, the devotees who have observed vrat on the festival are allowed to consume sweets including Til ka Ladoo (sesame sweetmeat), gajak and rewari (sweets made of sesame and jaggery), along with tea and coffee. They generally abstain from other forms of food, while non-vegetarian food is strictly not allowed, when someone is on a fast. In order to stay concentrated, the devotees would chant mantras invoking Lord Ganesha and sing bhajans on his praise. It is believed that if one observes fast on Ganesha Chaturthi with sincerity, he / she would be blessed with health, wealth and prosperity.