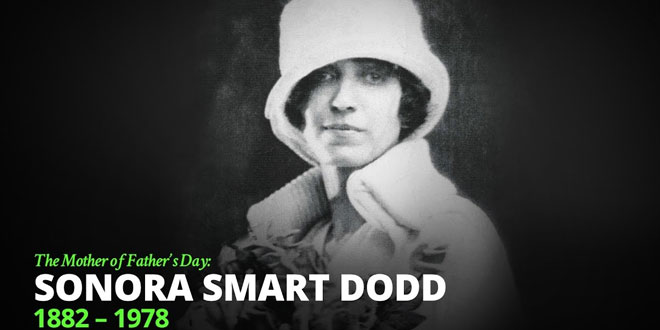 Father’s Day poses as just the perfect occasion to express feelings of gratitude and thankfulness to every dad in the world. Though the day is celebrated with utmost fervor and enthusiasm in the present times, things were not the same. Father’s Day celebration had a modest beginning. The history of Father’s Day dates back to 1909, in Spokane, Washington. Sonora Smart Dodd was listening to a Mother’s Day sermon, at the Central Methodist Episcopal Church. The lecture inspired her to have a special day dedicated to her father, William Jackson Smart, who had brought her up and her siblings, single-handedly, after their mother died.

Sonora could realize the greatness of her father and wanted to let him know how deeply she was touched by his sacrifices, courage, selflessness and love. To pay a tribute to her great dad, Sonora held the first Father’s Day celebration on 19th of June 1910, on the birthday of her father. She was the first to solicit the idea of having an official Father’s Day observance. However, unlike Mother’s Day, which was readily accepted, Father’s Day was received with mockery and hilarity. Though the day was gaining attention, it was mostly for the wrong reasons. Jokes, satire, parody and derision were all that the day was commemorated for.

In 1913, a bill in accordance with making the day official was introduced. The idea was approved by US President Woodrow Wilson in 1916. Later, in 1924, the idea gained further momentum as it was supported by President Calvin Coolidge. In 1926, a National Father’s Day Committee was formed in New York City. However, it was thirty years later that a Joint Resolution of Congress gave recognition to Father’s Day. Another 16 years passed before President Richard Nixon established the third Sunday of June, as a permanent national observance day of Father’s Day in 1972.

The day was primarily nationalized in the honor of all good fathers, who contribute as much to the family as a mother, in their own ways. Another theory states that even before Dodd came into the picture, Dr. Robert Webb of West Virginia is believed to have conducted the first Father’s Day service in 1908 at the Central Church of Fairmont. However, it was the colossal efforts of Dodd, which made it possible for the day to acquire national recognition. The white and red rose was made the official flowers for Father’s Day celebration. While the white rose commemorated gratitude for a father, who was deceased, a red rose expressed thankfulness to one, who was living.