Directed by Andrew Adamson, The Chronicles of Narnia is based on the first series of a novel written by C.S. Lewis by the same name. The movie had been produced by Walden Media and distributed by Walt Disney Pictures. The lead roles of the four British children evacuated have been portrayed by William Moseley, Anna Popplewell, Georgie Henley and Skandar Keynes who play Peter, Susan, Lucy and Edmond respectively. The movie was highly successful at the box office with several awards to its credit. The movie presents the adventures of the four kids that enter the fictional realm of Narnia, a place where animals talk, magic is common and good battles evil. Get to know the story of The Chronicles of Narnia by browsing through the lines below.

During the bombing of Finchley, London in the World War II, the four Pevenise children are sent to Professor Digory Kirke’s home in order for protection. Little did they know that an adventure was waiting to be unfolded for them. One day while playing hide and seek, Lucy notices a wardrobe and lands into a wintry fantasy world called Narnia. She talks to a faun, Mr. Tumnus who informs about the White Witch who has cursed Narnia into a home of winter for more than a hundred years. Tumnus sends Lucy back but no time has passed in the normal world.

Days later, Edmund follows Lucy in the wardrobe where he meets the White Witch and her dwarf Ginarrbrik. She offers him the position of the king at the pretext of bringing his brother and sisters to the castle. Edmund and Lucy return back and tell Peter and Susan about Narnia. However, Edmund denies the existence of Narnia and says that he was only playing with Lucy. One day, the four siblings enter Narnia and Peter and Susan apologize to Lucy for not believing her.

Here they come to know that Mr. Tumnus has been taken away by the Witch’s Secret Police. They meet beavers who inform the four kids about Aslan. The four are requested to help Aslan and his followers to take control of Narnia. It has been predicted that two daughters of Eve and two sons of Adam will defeat the evil White Witch with help of mighty lion, Aslan. Meanwhile Edmund visits the White Witch which angers her as he has brought his other siblings. Edmund is chained where he meets Mr. Tumnus. The other kids and beavers are saved by a fox from the Witch’s wolves.

The kids run and hide and find Father Christmas, which signals the end of White Witch’s reign. Father Christmas hands over a sword and shield to Peter, a bow and arrow and a magical horn to Susan, and a bottle of juice of fire-flowers and a dagger to Lucy. They are encountered by the wolves led by Maugrim. He is killed by Peter. Edmund is rescued from the wolves by Aslan’s troops. The White Witch somehow manages to reach Aslan’s camp where she tries to kill Edmund at the Stone Table. But, Aslan takes the sacrifice instead and saves Edmund. Aslan is killed but he resurrects in the morning. Susan and Lucy along with Aslan go to the Witch’s castle and rescue the prisoners, including Mr. Tumnus.

A battle begins between Aslan’s troops and White Witch’s troops. Initially, Peter is persuaded to join White Witch’s army by Edmund. Peter’s army starts losing and Edmund gets injured even though he has destroyed the White Witch’s staff, her most effective weapon. Here enters Aslan who kills the White Witch. Lucy revives Edmund and other victims are freed from the White Witch’s stone-turning spell. The four Pevensie siblings become the Kings and Queens. They stay in Narnia until adults. Fifteen years down the line, they find the wardrobe through which they had entered Narnia. They return back to England as children. 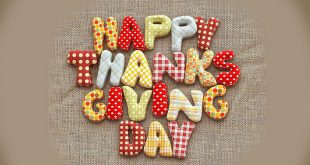