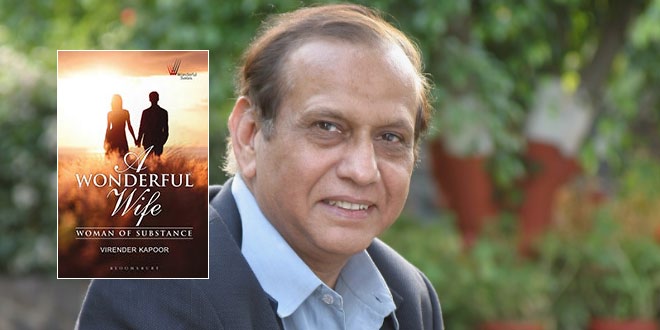 A dozen “ordinary” men relate their impressions of their wives. “A wonderful wife is a unique creation.” So begins the book. But a perusal of “A Wonderful Wife” appears to indicate that “wonderful wives” may not be such a rarity after all.

Barring an exception or two, all the men in this collection seem to be happily married and shower wholesome praise on their better half. The narrative spans three generations. The stories are varied, mostly drawn from the middle class, some more appealing than the others.

There is a young Indian Army captain who is confused as he goes for an “arranged marriage” but realizes in no time that he has married the perfect woman. Another army officer is so much in love with his wife that he feels – even after three decades of wedlock – as if he tied the knot only yesterday! One man took just 20 minutes to decide he must marry the young woman he is talking to on phone – and decades later does not regret the decision. As the married years lead to decades, almost all men in this collection are ready to salute their wives.

A few accounts sound genuine; one or two read as if they were written to please the wife. I may be wrong of course.