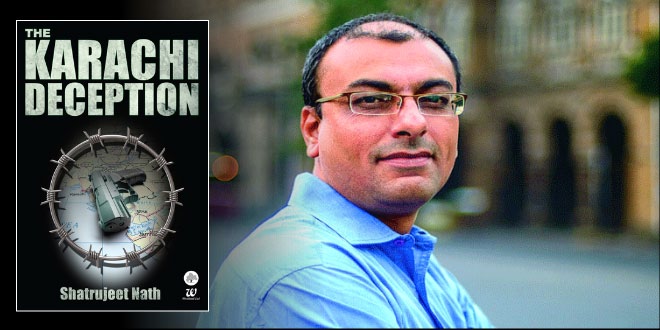 The basic premise appears simple – after a turf war, the Indian security establishment okays a plan for a team of highly-trained, highly-committed commandos to go into Pakistan and eliminate a long-wanted underworld don being sheltered there. Following their nerve-wracking progress towards the target and seeing if they succeed would have made for an engrossing though predictable read.

But there is much more.

Not only do our heroes find their adversaries are well aware of their mission, which suggests a traitor or leak somewhere back home, they happen to find there are some others who seem to have the same target. On the other hand, they suddenly they get an order countermanding their mission, but their leader has his own ideas and decides to go ahead on his own steam.

Even as it tries to stop their men with another desperate measure, the Indian apparatus becomes aware of the ‘mole’ between them and tries to control the looming potential damage they can see, even as the clock ticks down relentlessly and a spectacular showdown looms in the desolate badlands of coastal Baluchistan – and a stand-off or two before it.

Satisfied yet? But author Shatrujeet Nath still has a few more twists and surprises up his sleeve – right down to the end of this compulsively readable and taut thriller, which uses a real life background (the don’s name – Irshad Dilawar – is a thinly-disguised, slightly-juggled version of his real counterpart).

The author’s first book, before he shifted track to a different genre (mythological fantasy), this came out first in 2013 and has now been brought out again – by a different publisher – to reach a wider audience. But it has weathered well.

Military thrillers have not been very frequent in India – at least in the time when this first came – but Nath, who earlier “sold ice-creams, peddled computer training courses, written ad copy and reported on business as a journalist”, manages to perform very creditably in presenting its various nuances, while combining it with a substantial espionage/international intrigue component.

At the same time, he has not succumbed to the tendency to belabour with his own predilections – as an ex-soldier getting involved in the genre has done in his second book with his panegyrics to some people in currently in a position of authority – or go in for jingoism and demonisation of the adversaries, who are often portrayed as unconscionable and and sadistic. His heroes are not righteous supermen – in fact two of them are guilty of the most grievous military crime – while their adversaries are doing their job according to their abilities without any unnecessary disparagement of their traditional foe.

On the other hand, Nath also manages to instill a Le Carre flavour with his depiction of inter-agency battles at the higher echelons, of attempts to shift responsibilities when things appear to be going south, and near-indifference (among some) at the fate of those at the cutting edge. And the introduction of mercenaries also flows in well with the plot – though their chief may seem a bit of a caricature of a psychopath.

If you like intelligent, well-plotted but plausible thrillers, then this is ideal. The author has a definite penchant for this genre and he needs to revisit it soon.