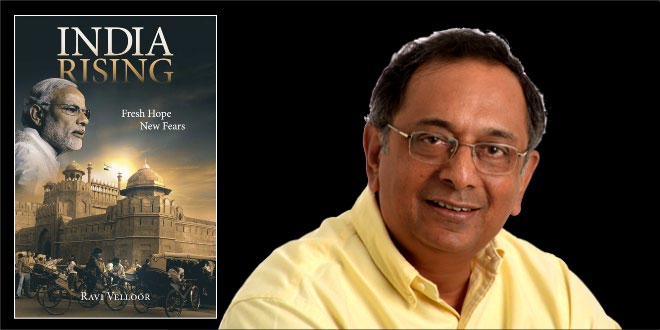 In March 2013, National Security Adviser Shivshankar Menon called Gotabhaya Rajapaksa, the Sri Lankan president’s brother who ran the war against the Tamil Tigers. Menon promised Indian support at the UN human rights vote in Geneva and wanted to know which countries may vote against Sri Lanka so that he may persuade them not to do so. But when the vote came, Colombo was stunned: India itself had voted against Sri Lanka.

A perplexed Gotabhaya soon learnt the story behind the Indian ‘betrayal’. Apparently, then Home Minister P. Chidambaram, with a shrinking support base in Tamil Nadu, persuaded Congress president Sonia Gandhi to go for a negative vote. The matter reached Prime Minister Manmohan Singh who, “unable to say no to the high command, simply keeled over and complied”. India scored a diplomatic self-goal because one of its politicians wanted to win more votes in his home state.

Singapore-based Indian journalist Ravi Velloor reveals this – and much more — in his scholarly study of the Manmohan Singh decade and how the economist-turned-politician’s failure to check corruption led to the rise of Narendra Modi and a virtual decimation of the Congress in 2014. Ravi’s admiration for Modi shows but he is no cheerleader of the BJP or Hindutva ideology. The BJP was “a mediocre political institution” until Modi came along, he says, and argues that a stress on “Indutva” (Indianness) – not Hindutva – may perhaps offer a lasting glue to 21st century India.

The book is a follow up of the reportage Ravi did for The Straits Times of Singapore over many years, producing stories based on his extensive connections with key actors in the Indian government, diplomacy and the military, not to speak of his equally rich contacts outside of India.

Sonia Gandhi’s firm belief after the 2009 Lok Sabha victory that massive sops to voters would help win future elections too fundamentally affected the Sonia-Manmohan relationship, Ravi says. But what really undid Manmohan Singh was sleaze that he seemed unable to check because of what he called “coalition dharma”. Though Shashi Tharoor and A. Raja were forced out of the government, the damage had been done by 2011, so much so that the Congress was in no mood to celebrate that year the two decades of free market reforms the prime minister himself had unleashed in an earlier avatar.

If Chidambaram was more concerned about his votes in Tamil Nadu than India’s standing in Sri Lanka, Defence Minister A.K. Antony shuddered to take on China. And if Manmohan Singh looked wooden towards the end of his tenure, it was because he had “started showing signs of early stage of Parkinson’s disease”. This was a closely guarded secret, unknown to many even in the Prime Minister’s Office (PMO). The overtly mild-mannered Manmohan Singh, we are told, remembers every slight but the vindictive streak is mostly kept hidden.

Ravi is gung-ho on India, despite its many teething problems. With a firmly entrenched democratic process, India’s diversities have not affected the rise of a national consciousness. But although it has a good chance of overtaking Britain and France to become the world’s fifth largest economy by the end of this decade, India will have to, Ravi warns, present a coherent and convincing face to the world if it wants to be taken seriously.

Ravi is among those who feel that it has been a while since Indians felt secure in the knowledge that in Modi they have a strong leader. But he thinks – unlike most Modi backers – that Modi may be in the wrong party. (A la Vajapyee?) If Modi has to succeed in the long run, there will have to be a more cooperative brand of domestic politics. Modi’s go-it-alone personality shuts out the outreach to others needed to build the consensus on which the pillars of a new economic regime have to rest. He must cut loose from the Hindutva brigade, from the BJP too. (Wishful thinking?)

As for Modi’s government, Ravi is unsparing – “the talent in his cabinet can be squeezed into the back seat of a Maruti Suzuki subcompact”. And so, in a perverse way, in Modi’s strengths also lie India’s fragility.

Ravi has disdain for Rahul Gandhi — “a political liability for the Congress”. He feels the future battle lines in Indian politics may well revolve between Modi and the head of India’s youngest political party, Arvind Kejriwal – “one intent on swiftly building the cake, the other on distributing it first”. This is truly a great book.