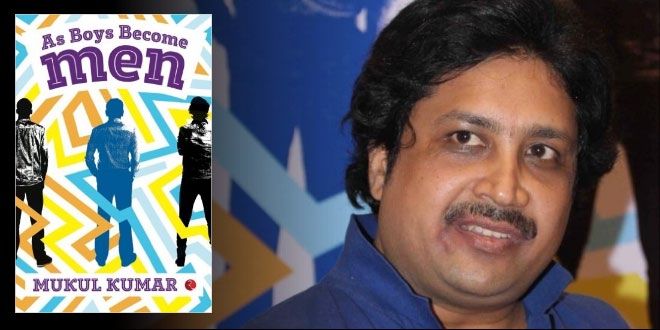 For millions of young Indians, it is the ultimate test of their calibre. If after months and years of arduous and intensive preparations, disrupted lives and other sacrifices, they qualify in the civil service examinations, they may think they are now well set in life. But are they? And are their studies only geared towards the test, or find wider application?

Strangely, given the continuing lure of the civil services competition, and the effect of its varied outcomes – success the first time around (for a few), success on subsequent chances after slogging on (for some), tripping on any of the three stages, and out of chances or time, being forced to other options (for many) – on not only candidates but their family and friends, the topic has not got its due focus in the literary realm.

In memoirs of former civil servants, this stage is normally dealt with sketchily or dispensed all together, while in fiction, despite no shortage of works on college or university life, it may infrequently get a bare mention as the aim or preoccupation of a (usually) peripheral character. Even works about the bureaucracy, like civil servant Upamanyu Chatterjee’s acclaimed “English, August: An Indian Story” (1988) deals with the protagonist’s in-service training, not preparations.

But finally one bureaucrat has finally taken the plunge.

And in his debut novel, Mukul Kumar, a 1997 batch Indian Railway Traffic officer and published poet, not only takes a penetrating and incisive look at the “CS” (civil service) crowd and their preparations. But the story is not only confined to the motivations, aspirations, and fears – and thousands of heartbreaks and moments of elation – of not only the aspirants themselves, but also of the the people connected to them, be it family, tutors or other well-wishers.

Told from the point of view of main protagonist Mihir Kumar (not an alter ego of the author despite the starting initial and superficial similarities in the name), it, at its simplest, is the story of his journey from a small town in Bihar to college in Delhi, plumping for civil services after graduating, and tying up with two friends to stay and prepare together, and, after a fair amount of grinding and knocks and shocks, eventually succeeding.

But displaying his craft, the author presents it in a different sequence.

The tale actually begins with Mihir, who is now well into his career and has been recently posted in Delhi after a stint in his home state, edgy over lack of a worthwhile assignment or proper accommodation despite requesting the minister’s PA, and feeding a frustration of a perceived lack of meaning to his life since he can’t indulge in his favourite pastime of writing.

But once his wife – a psychologist – helps him straighten out his mental turmoil, gets him to find or make time to follow his desire and even offers an idea – of telling his own story, he recalls the past, right from his first day in college where he runs into ragging to that moment of elation when he finds he is finally in.

And between there two points, there is a great deal – friendship, hard work, career choices, responsibility to family and their expectations, first love, the rhythms of life in a metropolis, regional differences and prejudice, and much more. And keep an eye out for three major motifs – Mona Lisa, Soma and Shiva – and the spirited discussions on history, religion, sociology, philosophy, psychology (especially that of love and sex) – and even Bollywood.

On the other hand, the language may initially seem a little stilted – conveying both conversation and thought (but that helps in better assimilation) and there is some continuity loss (we never know what happened to Mihir’s first love). However, on the whole, the author uses the frame of preparing for and getting into civil services to present an engaging picture of experience in any career, once the initial gloss has dried.