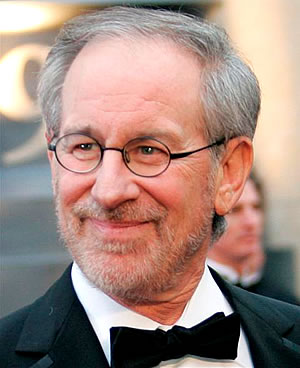 Steven Spielberg — Steven Allan Spielberg (born December 18, 1946) is an American film director, screenwriter, and producer. Spielberg is consistently considered as one of the leading pioneers of the New Hollywood era, as well as being viewed as one of the most popular and influential filmmakers in the history of cinema. In a career spanning more than four decades, Spielberg’s films have covered many themes and genres. Spielberg’s early science-fiction and adventure films were seen as archetypes of modern Hollywood blockbuster filmmaking. In later years, his films began addressing humanistic issues such as the Holocaust, the transatlantic slave trade, war, and terrorism. He is one of the co-founders of DreamWorks Studios.

Spielberg won the Academy Award for Best Director for Schindler’s List (1993) and Saving Private Ryan (1998). Three of Spielberg’s films—Jaws (1975), E.T. the Extra-Terrestrial (1982), and Jurassic Park (1993)—achieved box office records, each becoming the highest-grossing film made at the time. To date, the unadjusted gross of all Spielberg-directed films exceeds $8.5 billion worldwide. Forbes puts Spielberg’s wealth at $3 billion.

Steven Spielberg’s first films were made at a time when directors were the most important people in the Hollywood, and his more recent ones at a time when marketing controls the industry. That he has remained the most powerful filmmaker in the world during both periods says something for his talent and his flexibility. No one else has put together a more popular body of work, yet within the entertainer there is also an artist capable of The Color Purple and Schindler’s List. When entertainer and artist came fully together, the result was E. T, the Extra-Terrestrial, a remarkable fusion of mass appeal and stylistic mastery. 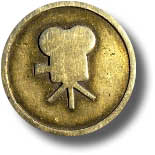 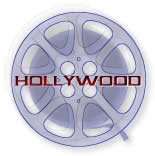 Spielberg’s most important contribution to modern movies is his insight that there was an enormous audience to be created if old-style B-movie stories were made with Alevel craftsmanship and enhanced with the latest developments in special effects. Consider such titles as Raiders of the Lost Ark and the other Indiana Jones movies, Close Encounters of the Third Kind, E. T., and Jurassic Park. Look also at the films he produced but didn’t direct, like the Back to the Future series, Gremlins, Who Framed Roger Rabbit and Twister. The story lines were the stuff of Saturday serials, but the filmmaking was cutting-edge and delivered what films have always promised: they showed us something amazing that we hadn’t seen before.

Directors talk about their master images, the images that occur in more than one film because they express something fundamental about the way the filmmakers see things. Spielberg once told me that his master image was the light flooding in through the doorway in Close Encounters,suggesting, simultaneously, a brightness and mystery outside. This strong backlighting turns up in many of his other films: the aliens walk out of light in Close Encounters, E.T.’s spaceship door is filled with light, and Indy Jones often uses strong beams from powerful flashlights.

In Spielberg, the light source conceals mystery, whereas for many other directors it is darkness that conceals mystery. The difference is that for Spielberg, mystery offers promise instead of threat. That orientation apparently developed when he was growing up in Phoenix, Arizona. One day we sat and talked about his childhood, and he told me of a formative experience.

”My dad took me out to see a meteor shower when I was a little kid,” he said, “and it was scary for me because he woke me up in the middle of the night. My heart was beating; I didn’t know what he wanted to do. He wouldn’t tell me, and he put me in the car and we went Off, and I saw all these people lying on blankets, looking up at the sky. And my dad spread out a blanket. We lay down and looked at the sky, and I saw for the first time all these meteors. What scared me was being awakened in the middle of the night and taken somewhere without being told where. But what didn’t scare me, but was very soothing, was watching this cosmic meteor shower. And I think from that moment on, I never looked at the sky and thought it was a bad place.”

There are two important elements there: the sense of wonder and hope, and the identification with a child’s point of view. Spielberg’s best characters are like elaborations of the heroes from old Boy’s Life serials, plucky kids who aren’t afraid to get in over their head. Even Oskar Schindler has something of that in his makeup – the boy’s delight in pulling off a daring scheme and getting away with it.

Spielberg heroes don’t often find themselves in complex emotional entanglements (Celie in The Color Purple is an exception). One of his rare failures was Always, with its story of a ghost watching his girl fall in love with another man. The typical Spielberg hero is drawn to discovery, and the key shot in many of his films is the revelation of the wonder he has discovered. Remember the spellbinding first glimpse of the living dinosaurs in Jurassic Park?

Spielberg’s first important theatrical film was The Sugarland Express, made in 1974, a time when gifted auteurs like Scorsese, Altman, Coppola, De Palma, and Malick ruled Hollywood. Their god was Orson Welles, who made the masterpiece Citizen Kane entirely without studio interference, and they too wanted to make the Great American Movie. But a year later, with Jaws, Spielberg changed the course of modern Hollywood history. Jaws was a hit of vast proportions, inspiring executives to go for the home run instead of the base hit. And it came out in the summer, a season the major studios had generally ceded to cheaper exploitation films. Within a few years, the Jaws model would inspire an industry in which budgets ran wild because the rewards seemed limitless, in which summer action pictures dominated the industry, and in which the hottest young directors wanted to make the Great American Blockbuster. 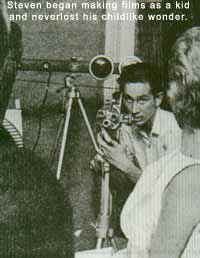 Spielberg can’t be blamed for that seismic shift in the industry. Jaws only happened to inaugurate it. If the shark had sunk for good (as it threatened to during the troubled filming), another picture would have ushered in the age of the movie bestsellers – maybe Star Wars, in 1977. And no one is more aware than Spielberg of his own weaknesses. When I asked him once to make the case against his films, he grinned and started the list: “They say, ‘Oh, he cuts too fast; his edits are too quick; he uses wideangle lenses; he doesn’t photograph women very well; he’s tricky; he likes to dig a hole in the ground and put the camera in the hole and shoot up at people; he’s too gimmicky; he’s more in love with the camera than he is with the story.”

All true. But you could make a longer list of his strengths, including his direct line to our subconscious. Spielberg has always maintained obsessive quality control, and when his films work, they work on every level that a film can reach. I remember seeing E.T. at the Cannes Film Festival, where it played before the most sophisticated filmgoers in the world and reduced them to tears and cheers.

In the history of the last third of twentieth-century cinema, Spielberg is the most influential figure, for better and worse. In his lesser films he relied too much on shallow stories and special effects for their own sake. (Will anyone treasure The Lost World: Jurassic Park a century from now?) In his best films he tapped into dreams fashioned by our better natures.

Share
Previous Steven Levitt
Next Why Does Water stay Cool in ‘Matkas’?