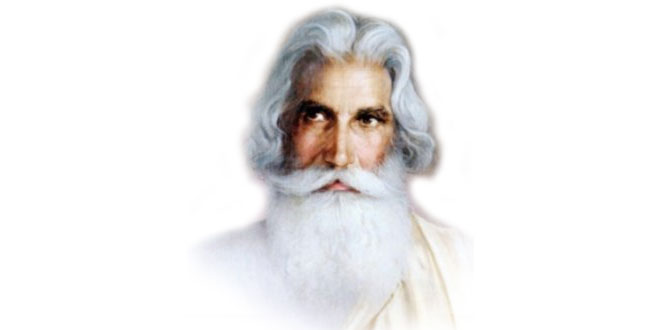 Sardar Sobha Singh — One of the greatest Indian artists of twentieth century S. Sobha Singh was born on 29 Nov. 1901 at Sri Hargobindpur (Gurdaspur), India. it was here where S. Sobha Singh learned to draw and sculpt. In 1905, his mother Bibi Acchran died. His father S. Deva Singh died in 1917. He learnt and mastered painting by self practice. In 1919 he was present in Jalianwala Bagh at the time of firing. Later, he joined the British India army as a draughtsman and was posted at various places in Iraq. He studied European Paintings and got inspiration from the works of English painters.

In 1923 he left army and returned to Amritsar where he opened his art studio. In the same year, he married Bibi Inder Kaur on Baisakhi day. He worked from his studios at Amritsar, Lahore (1926) and Delhi (1931). At Delhi, S. Sobha Singh got opportunity to participate in art exhibitions and won several award and medals. Portrait painting being his forte, he was commissioned for doing portraits of several rulers of Indian states.

In 1946 S. Sobha Singh went back to Lahore and opened his studio at Anarkali and was working as an art director for a film when he was forced to leave the city due to partition of the country. He came empty handed to Andretta, a picturesque village in the lap of Himalayas and stayed here till his last.

During his 38 year stay at Andretta, S. Sobha Singh painted hundreds of paintings. His main focus was Sikh Gurus, their life and work. S. Sobha Singh’s portraiture of Gurus was a manifestation of his devotion to the divine souls. He said, “I have painted Gurus to inspire people.” He held Guru Nanak as manifestation of his meditation. He looked upon Guru Gobind Singh as his ‘inspiration incarnate’. He also painted impressive portraits of National Heroes and leaders like Shaheed Bhagat Singh, Kartar Singh Sarabha, Mahatma Gandhi, Lal Bahadur Shastri, etc.

S. Sobha Singh painted Sohni Mahiwal, one of the most popular love legends of Punjab, first time in 1937. This lone painting gave him enormous fame. It was painted for the fifth time in the year 1979 and is on view at Sobha Singh Art Gallery, Andretta. S.Sobha Singh also worked on other love tales of Punjab. Heer Ranjha, Sassi Punnu, Shirin Farhad and Mirzan Sahiban are other beautiful paintings. Another fantastic creation is the portrayal of famous Omar Khayyam S. Sobha Singh had profound regard for the dignity of womanhood. He painted a series of brides representing the folks of Punjab and Himachal. One of the most liked painting is ‘Her Grace the Gaddan’. He has also executed picturesque sceneries. S. Sobha Singh tried his hand at sculpture also.

He got wide acclaim for his art, which he pursued vigorously all his life. He got several awards and was felicitated by several organizations. He was honoured with Padamshree, one of the National awards by President of India. Ministry of Information & Broadcasting released a documentary film ‘Painter of People’ (see below given video). BBC, London also prepared a documentary on him. He was conferred the degree of Doctor of Literature (Honoris Causa) by Punjabi University, Patiala. 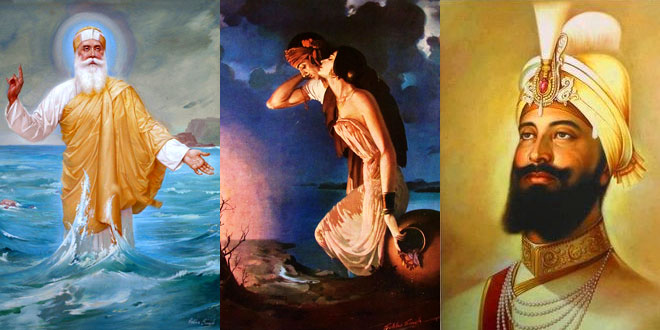 The painter of people passed away on 22 Aug. 1986 at Chandigarh and was cremated with full state honours.

SOBHA SINGH MEMORIAL ART SOCIETY (SSMAS) organized several programmers to commemorate the birth centenary of the artist (Nov.2001 to Nov.2002). A beautiful souvenir containing rare articles, photos of the artist, paintings, etc, was published in addition to launching a web site. The Govt of India relesed a commemorative postal stamp, First Day cover and information brochure on him. The Govts. of Punjab & Himachal Pradesh instituted Sobha Singh Art Awards and published official calendars, books, special issues of the literary magazines, etc. on him. The road linking the Palampur town and Andretta and the local govt. High school have been renamed after him. His b’ centenary was also celebrated in Canada, UK, Australia and USA etc.