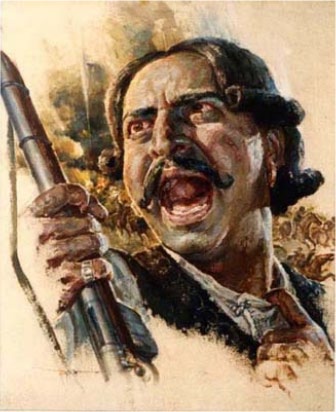 Some of the Hindi film industry’s popular actors were an embodiment of particular character roles. These are the most well known and celebrated artists of the industry. Pran is one such glorious name, without whom the list of such artists would be rendered incomplete. He is popularly known for his negative roles in Hindi films. He is the grand “villain’ of the Hindi film industry. In the span of his 6 decade career, he has worked in nearly 400 films and is credited with gaining several film awards for his outstanding performance.

Born as Pran Krishan Sikand on 12th February 1920, in Kotgarh in Old Delhi, in a rich Punjabi family, his smartness was evident with his high academic performance. He had the privilege to travel and live in several places in the country as his father Kewal Krishan Sikand was a civil engineer. After completing his studies, he started working for A. Das & Co. as an apprentice, as it was his ambition to become a professional photographer. He also did the role of Sita in a Ramayan staging in the hill town of Shimla.

Pran’s full fledged career in films began when he met Wali Saheb (Wali Mohammad Wali), a popular writer who was working with Dalsukh M. Pancholi, in Lahore’s Hira Mandi. This is how, he got his first film role in the 1940 film ‘Yamla Jatt’. Throughout 40s, he was seen in films such as ‘Chaudhry’, ‘Khazanchi’, ‘Khandan’, ‘Khamosh Nigahen’ and ‘Kaise Kahoon’. In all, he was featured in 22 films, but his career experienced a temporary set back due to the nation’s partition. This cost him a bit much. He did other jobs, apart from looking for films. While he was working in the Delmar Hotel at Marine Drive, Mumbai, after eight months of patience and constant search, he got a role in the ‘Ziddi’ in the year 1948. It was by the year 1950, that he got popular as a Hindi film villain. In between, he acted in films like, ‘Grahasti’ (1948), ‘Apradhi’ and ‘Putli’ (both 1949).

In the 50s, he showed his versatility as an actor. It became a trend in the 50s and 60s, to play villain against popular heroes of the timer such as Dilip Kumar and Dev Anand. Pran is also well know to have worked with various directors. In the 50s, he worked with directors like MV Raman, Ravindra Dave, Bimal Roy, Kalidas, Nanabhai Bhatt and I.S. Johar. In the 60s, he further got to work with other directors such as Shakti Samanta, K. Amarnath, A. Bhim Singh and Nasir Hussain.

However, apart from that, it becomes imperative to mention Pran’s performances over the years as a popular Hindi film villain. This comes along with his work with the popular Hindi film heroes, as a villain. His first stint came with Dev Anand in the year 1948 with ‘Ziddi’, and carried on with ‘Munimji’ and ‘Amardeep’ in the 50s and ‘Jab Pyar Kisi Se Hota Hai’ in 1961. He also worked with Dilip Kumar in films like ‘Azaad’, ‘Devdas’ and ‘Madhumati’ in the 50s and ‘Ram Aur shyam’, ‘Dil Diya Dard Liya’ and ‘Aadmi’ in the 60s. In particular, his acting alongside Golden Era actor Raj Kapoor is very well known, such as ‘Aah’, ‘Chori Chori’ and ‘Jagte Raho’ in the 50s and ‘Jis Desh Men Ganga Behti Hai’ and ‘Dil Hi To Hai’ in the 60s. However, it hasn’t only been negative roles that he has played since the beginning. He has played positive roles of a protagonist in films like ‘Pilpili Saheb’ in 1954 and ‘Halaku’ in 1956, both of which were hits.

He also showed his versatile acting talent by acting in films with different themes and topics. From ‘sindbad The Sailor’ to ‘Azaad’, from ‘Aan’ to ‘Biradari’. Though Pran was still a full fledged villain, he brought about a twist in his villainous roles in films such as ‘Kashmir Ki Kali’. What is more appreciative, is that by the time the careers of most of the film heroes along with him were ending, he still continued in the decades of 70s and 80s with Dev Anand.

In the 70s, he acted in films like ‘Purab Aur Pachhim’, ‘Be-Imaan’, ‘sanyasi’, ‘Dus Numbri’, ‘Des Pardesh’and ‘Warrant’. As the decades progressed, he worked along with the top and most popular Hindi film heroes of the time. In fact, he earned much higher than many other leading male actors of his time. He was also a close friend of Ashok Kumar, with whom he shared a healthy rapport. Pran has also done a few comedy roles in films featuring Ashok Kumar. He has also worked with popular actors of the 80s such as Vinod Khanna, Shatrughan Sinha and Randhir Kapoor.

The 1980s brought with him films like ‘Dostana’ ,’Naseeb’, ‘Sharabi’ and in the 90s he was seen in films like ‘Tere Mere Sapne’ and ‘Mrityudaata’. It is said, that his old age brought him the problem of leg shivering, due to which his character in the film ‘Mrityudaata’ was altered according to it. In the 2000s, he made only a few guest appearances. In the year 2012, he made a hand print on the ‘Legend’s Walk’ in Bandra, Mumbai.

He is credited to win several awards such as the Padma Bhushan in 2001, Dadasaheb Phalke Award in 2013, many Filmfare Awards as well as several other film awards.

Share
Previous Pramod Mahajan
Next Why do bride sit to the left of their grooms?