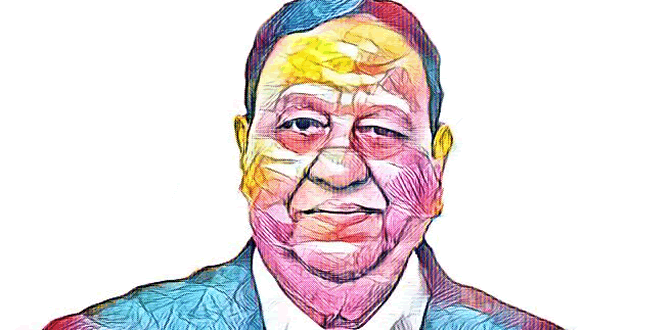 A drink for parched throats and a seat for tired feet. Mahavirprasad Saraf is known for making a big difference with small ideas.

The smallest things make the biggest difference. Mahavirprasad Ghanshyamdas Saraf’s heroism lies in recognizing that. In 1995, while passing by Juhu’s Cooper Hospital morgue, Saraf saw a group of people waiting for the body of their loved one. “I thought it was sad – coming to terms with the loss of a relative and waiting, that too standing. I decided I should do something to soften the blow, and offered to set up benches,” he says.

The founder and managing trustee of four charitable trusts that run under the Saraf Group, installed 10 benches at the Coroner’s court in the compound of Cooper Hospital that same year.

After the first batch, the Trusts installed several more in playgrounds, sports complexes, schools, colleges, hospitals, and ashrams across the city. Today, the total count stands at 18,893. “The figure is ever-changing,” he smiles, “because every day, we are either installing new ones or processing approvals for them.”

A few years ago, one of his trusts distributed several pairs of prosthetic limbs (Jaipur foot) among Mumbai’s disabled. Saraf’s favourite memory is of a man who came in carried by a relative, and walked out with the help of the prosthetic limb.

Saraf doesn’t move mountains, but has the knack of providing what’s most wanted. “We’ve distributed pressure cookers to women who tell us it changed their lives. Free bicycles have helped students get to school, raincoats shield them from the rain, and pyaus (drinking water fountains) have offered clean drinking water to commuters at railway stations,” says Saraf, who set up the first fountain at Dadar Terminus in 2001.

Armed with no more than an SSC degree from the Gujaratimedium Nihalchand Laluchand High School in Malad, Saraf began his career in 1952. He hired a table and chair and set up his chemical manufacturing company, then called Supertex, with Rs 501. “Once I established myself, I began doing charity in 1959. My first project was building a Maruti mandir in Malad east,” says the ardent devotee of Lord Hanuman.

All monies for his charities come from the family and company funds; he accepts no donations from outsiders. “I encourage people to engage in charity by telling them, what you give away is yours, what you possess, isn’t.”

Saraf’s day begins at 6 am, and most of it is devoted to the Trusts’ activities. “I do most of the work myself, looking into requests, even processing them. There is no substitute for hard work and there are no short cuts,” says the father to three sons, who now handle the business.