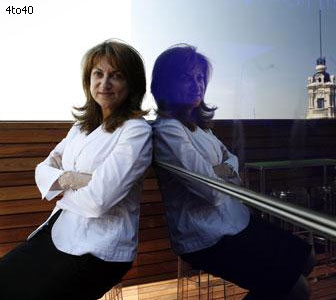 Loretta Napoleoni is an Italian economist, author, journalist and political analyst, well known for having calculated the size of the terror economy. Napoleoni was born in Rome, and was an active member of the feminist movement in the 1970s. She has a Masters in International Relations from the Johns Hopkins University in Washington, and an M.Phil. in Terrorism from the London School of Economics. She also holds a Ph.D. in Economics from the University of Rome. She is senior partner of G Risk, a London-based risk agency. She lives in London and Montana with her husband and their children.

Napoleoni has written several novels, guide books in Italian and translated and edited books on terrorism. Her best-selling book, Terror Incorporated, was translated into 12 languages. She has worked as an economist for many banks and organizations in Europe and the US.

Napoleoni is considered an expert on the financing of terrorism, and has concluded that the “new economy of terrorism” is a fast growing international economic system, with a turnover of about $1.5 trillion, in both illegal and legal transactions. This is twice the GDP of the UK. The research included interviews and interactions with terrorists, and study of the connections among drug cartels, gunrunners and Western economies involved in financing terror organizations. She believes the best way to fight terror is to “identify its channels of interaction with the economies of the West and progressively sever them – close its avenues into the free market and the world of capitalism.”