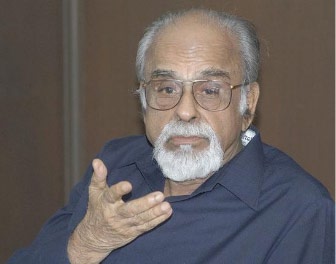 I.K. Gujral is a famous political personality of India. He stepped into the field of politics when he was in college. He joined the communist party and after the Indo-Pak war, he joined the Congress party. His administrative qualities were seen by the then Prime Minister of India, Smt. Indira Gandhi and he was given the authority over different governmental sectors. In 1975, when the situation of the country was unstable, he was the minister of Information and Broadcasting. He was an inborn freedom fighter and had the traits of a politician. Besides being a political persona, he is a socialist, writer and also the head of various sports clubs. He is a great admirer of Urdu poetry and poets and can also speak fluently in Urdu. He has written many poetic pieces in Urdu and has also written books such as ‘the Foreign Policies for India’, in which he dwells on his dreams and ambitions for the relationships that India should maintain with its neighboring countries. He was the first Prime Minister of India to rule the country from the Rajya Sabha.

Indra Kumar Gujral was born on 4th December, 1919 in the town of Jhelum which was earlier in Punjab and now in Pakistan. He was the eldest son of late Shri Avtar Narain Gujral and Late Smt. Pushpa Gujral. He was born in a family of freedom fighters and his parents actively took part in the fight for independence in the state of Punjab. In 1931, he at the age of eleven, with his brother Satish, who is a famous painter and sister Uma, took part in the freedom struggle. In 1942, he was sent to jail during the Quit India Movement. He finished his schooling at his home town and pursued his intermediate education at the Forman Christian College and finished his graduation at the Hailey College of Commerce, Lahore. In 1945, on 26th May, Indra married Shiela Bhasin, who was his friend from college and a poet. He has two sons, Naresh Gujral and Vishal Gujral.

He started his political career from his college days. He was a member of the Students Union of Lahore and in his college days he became the President of this union. Along with this, he became a part of the Communist Party. When he was about to finish his basic education, I.K. Gujral became a card holding member of the Communist Party. From 1976-1980, he served as the Ambassador of India to the U.S.S.R. In 1980, Mr. Gujral left the Congress party and joined Janta Dal. He became the Minister of External Affairs from 1989-1990 during the reign of V.P.Singh, and again in 1996, he became the Minister of External Affairs during the rule of H.D. Devegowda. It was during this time when India tried to better her ties with her neighboring countries. Besides this, Mr. Gujral was also designated as the Chairman of the Indian Council of South Asian Co-operation and later on in 1996 he became the leader of the Rajya Sabha. It was in the year 1997, on 21st April, when I.K. Gujral took an oath as the twelfth Prime Minister of India, but was the Prime Minister of India only for the time span of eleven months. In 1999, he was not nominated for the elections and thus retired from active politics. Apart from being the Minister of External Affairs and Prime Minister of our nation, from 1967-1976, he served the nation as a Minister in the Ministries of Communications and Parliamentary Affairs, Information &Broadcasting and Works & Housing. Besides being a politician, he was the President of the Rotary Club, New Delhi. In 1960, he was made Co-Chairman of the Asian Rotary Conference and in 1961 became the Founder-Member of India International Center, New Delhi. He has also been a part of social and cultural activities and was the President of the Nari Niketan Trust, the Vice-President of Lok Kalyan Samiti and the Founder President of the Delhi Art Theater. Along with this, he was the President of A.N. Gujral Memorial School, Jalandhar, Punjab.

I.K. Gujral is the designer of the Gujral Doctrine which has a set of five principles to direct the conduct of foreign relationships with neighboring countries of India. The ‘Doctrine’ emphasizes the importance of friendly and warm relations with India’s neighbors. His work earned Mr. Gujral great respect and honor from the leaders all around the globe. The five principles are: