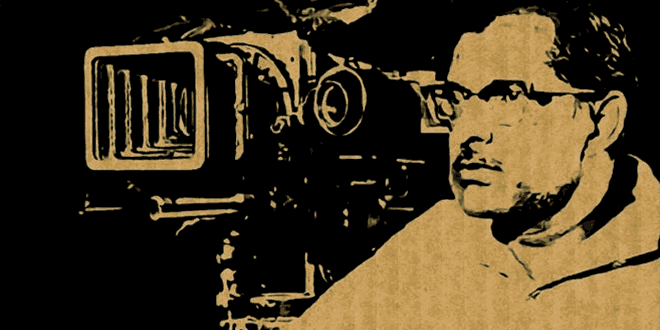 Hrishikesh Mukherjee (September 30, 1922–August 27, 2006) was a Hindi film director known for a number of films, including Anand, Abhimaan, Guddi, Gol Maal, Aashirwad, Bawarchi, Satyakam, and Namak Haraam. He was popularly known as Hrishi-da.

Hrishikesh Mukherjee studied science in college, and graduated in chemistry. He taught mathematics and science for some time, but chose to begin working, initially as a cameraman, and then film editor, in B. N. Sircar’s New Theatres in Calcutta in the late 1940s. He worked with Bimal Roy in Mumbai as film editor and assistant director from 1951, participating in the landmark Roy films Do Bigha Zameen and Devdas.

His debut directorial venture, Musafir, was not a success, but he persisted and received acclaim for his second film Anari in 1959. The film, crew and cast won five Filmfare Awards, with Mukherjee only losing the Best Director Award to his mentor, Bimal Roy.

He was honoured with the Dadasaheb Phalke Award by the Government of India, in 1999. Mukherjee was chairman of the Central Board of Film Certification and of the National Film Development Corporation. He was also awarded the Padma Vibhushan for his contribution to Indian cinema in 2001. The International Film Festival of India honoured him with a retrospective of his films in November 2005. He holds the distinction of working with almost all the top Indian stars since independence of India in 1947.

His films were realistic and unlike the other Bollywood films do not have crime, violence. The simple plots contain deeper meaning, but are generally straightforward in form, theme and treatment. He directed around 50 films most of which were valued by audiences and critics alike because of their middle-of-the-road accessibility, heart-warming irony and literary sensibilities. His characters inhabited a middle-class, urban, educated milieu. One more characteristic of his films was that it had a character engrossed in music. Such as Anuradha, Ashirwad, Chupke chupke, Abhimaan, Khubsoorat, GolMaal, Alaap, Bawarchi, Aashiq, Mili, Saanjh Aur Sawera and Phir Kab Milogi to name a few.

His last film was Jhoot Bole Kauwa Kaate. Since his original hero Amol Palekar has grown old he had to choose Anil Kapoor. He has also directed TV serials like Talaash. Another director akin to him is Basu Chatterjee.

Hrishikesh Mukherjee was admitted to Leelavati Hospital in Mumbai early on Tuesday, 6th June 2006 after after he complained of uneasiness. Mukherjee passed away ten weeks later on August 27, 2006. He is survived by three daughters and a son.