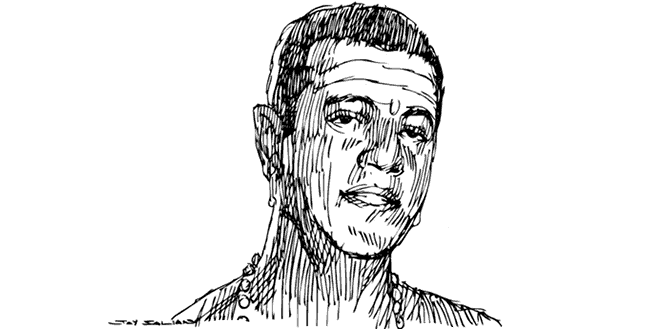 Girish Raghunath Karnad was an Indian actor, film director, Kannada writer. He is the recipient of Jnanpith Award for Kannada, the highest literary honour conferred in India. For four decades Karnad has been composing plays, often using history and mythology to tackle contemporary issues. He is also active in the world of Indian cinema working as an actor, director, and screenwriter, earning numerous awards along the way. He was conferred Padma Shri and Padma Bhushan by the government of India.

Girish Karnad was born in Matheran, Maharashtra, into a Konkani-speaking family. His initial schooling was in Marathi. As a youngster, Karnad was an ardent admirer of Yakshagana and the theatre in his village.

He earned his Bachelors of Arts degree from Karnataka University, Dharwad in 1958. Upon graduation, Karnad went to England and studied at Lincoln and Magdalen colleges in Oxford as a Rhodes Scholar, earning his Master of Arts degree in philosophy, political science and economics. Karnad was a Visiting Professor and Fulbright Scholar in Residence at the University of Chicago.

Karnad is most famous as a playwright. His plays, written in Kannada, have been widely translated into English and all major Indian languages. Karnad’s plays are written neither in English, in which he dreamed of earning international literary fame, nor in his mother tongue Konkani.

Instead they are composed in his adopted language Kannada. When Karnad started writing plays, Kannada literature was highly influenced by the renaissance in Western literature. Writers would choose a subject which looked entirely alien to the manifestation of native soil.

In a situation like that Karnad found a new approach like drawing historical and mythological sources to tackle contemporary themes. His first play, “Yayati” (1961) ridicules the ironies of life through characters in Mahabharata and became an instant success, immediately translated and staged in several other Indian languages.

“Tughlaq” (1964) his best loved play, established Karnad as one of the most promising playwrights in the country. A large number of his Kannada plays have been translated by Dr. Bhargavi P Rao.

His directorial debut came with the movie VamshaVruksh, based on a Kannada novel by S.L. Bhairappa. The movie won several national and international awards. Before this, Karnad acted in a movie called Samskara, based on a novel by U.R. Ananthamurthy and directed by Pattabhirama Reddy.

His Hindi movies include Utsav, Godhuliand the recent Pukar. A recently acclaimed movie by Karnad is Kanooru Heggaditi, based on a novel by Kannada writer Kuvempu. Karnad has also acted in several other movies and received critical acclaim. He has been criticised by the eminent Kannada novelist S.L. Bhairappa for being untrue to history.

He has played the role of Karadi, the sootradhar (narrator), for several stories in the popular audiobook series for kids, Karadi Tales. He has also been the voice of APJ Abdul Kalam, President of India, in the audiobook of Kalam’s autobiography by Charkha Audiobooks Wings of Fire.

At the Tata Literary Festival held in Mumbai in 2012, Karnad was invited to speak about “his life in theater” in an hour-long session. Instead of talking about the subject, he took the opportunity to lash out at V. S. Naipaul for his “antipathy towards Indian Muslims”. V. S. Naipaul had earlier been conferred the Lifetime achievement award by the festival’s organisers. Karnad also criticized the organizers for having honored Naipaul.

The audience, which had gathered to hear Karnad speak, had mixed reactions to the speech. Some, like organizer Anil Dharker, tried ineffectually to steer the speech toward less controversial waters. Others were amused by the episode, and some commented on the research and logic that had gone into the speech (unfortunately overshadowed by its ‘scandalous’ nature).

Just a few weeks after this, Karnad again created controversy by claiming that Rabindranath Tagore was a second-rate playwright and that his plays were “unbearable”.

In November 2015, during celebrations marking the anniversary of 18th-century Muslim ruler Tipu Sultan’s birth, Karnad stated that Bangalore International Airport should have been named after Tipu Sultan instead of Kempe Gowda. This created a furore among right-wing groups. Karnad apologised the following day.

He is a proponent of multi-culturalism and freedom of expression, Girish Karnad has been a critic of religious fundamentalism and Hindutva in India. He publicly condemned the demolition of Babri Masjid in 1992 and later spoke against the attempts to create controversy about the Idgah Maidan in Hubli. He is a proponent of secularism and has opposed RSS, BJP and other Hindu organizations on several occasions. He opposed Narendra Modi for the Prime Minister’s post in the 2014 parliament elections.

Girish Karnad passed away on June 10th 2019. He was 81, and was suffering from illness for the past few days.

Previous जब इस धरती पर राजपूत आया: राजपूतों का शौर्य गान
Next How much blood can you give to others?