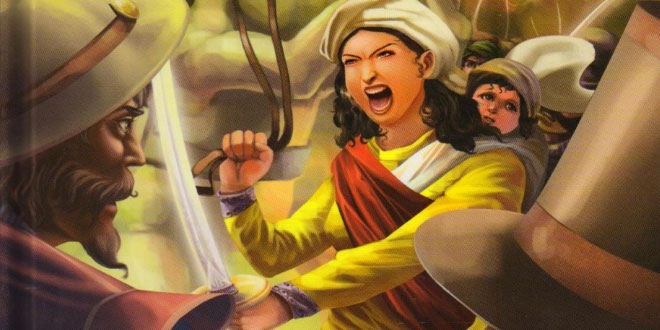 Rani Lakshmi Bai – Lakshmi Bai, the great daughter of India, was born on November 19, 1828. Her father was Morapant and her mother was Bhagirathi. As a child she was called Manu. Manu grew up with Bajirao’s Peshwa’s son Nana Saheb. She received her training as a soldier along with him. She was married at an early age to Gangadhar Rao, the ruler of Jhansi. After his death, she started ruling the kingdom.

Rani Lakshmi Bai adopted Damodar Rao as her son because she had no son of her own. In order to expand the British territory in India, Lord Dalhousie had started the Doctrine of Lapse. According to it, the adopted son of a king could not become king after his death.

Lord Dalhousie refused to recognize Damodar Rao as the heir to the throne of Jhansi. Rani grew very angry with this. She loved her country and hated the presence of British on it. Lord Dalhousie attacked her fort. Thus began the “First war of Independence” in 1857. Rani Jhansi fought bravely, but was no match for the mighty army of the British. After her defeat, she tried again from the fort of Gwalior. She fought hard without bothering for her life.

When it became obvious that she would be defeated, she killed herself rather than fall into the hands of the British. The fearless Rani Lakshmi Bai died at the young age of 23.