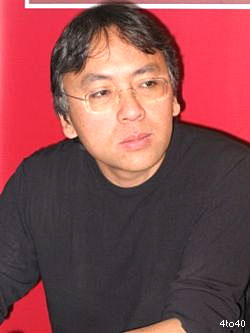 Kazuo Ishiguro is a Japan-born British novelist. Originally from Nagasaki, his family moved to England in 1960. Ishiguro obtained his Bachelor’s degree from University of Kent in 1978 and his Master’s from the University of East Anglia’s creative writing course in 1980. He won the Whitbread Prize in 1986 for his second novel An Artist of the Floating World, and the Booker Prize in 1989 for his third, The Remains of the Da y.

Ishiguro’s novels share certain qualities. The chronology of |his plotting is elaborate and the narration is highly subjective. His ability to capture the details and atmosphere of a period has received high praise. A number of his novels are set in the past. His most recent, Never Let Me Go, had science fiction qualities and a futuristic tone; however, the given time period is the late 1990s, and thus takes place in an alternate, though very similar, world. His fourth novel, “The Unconsoled”, takes place in an unnamed Central European city. “The Remains of the Day” is set in the large country house of an English lord, in the period leading up to, and the period after, the Second World War. The novels are written in the first-person narrative style and the narrators often exhibit human failings. Ishiguro’s technique is to allow these characters to reveal their flaws implicitly during the narrative. The author thus creates a sense of pathos by allowing the reader to see the narrator’s flaws while being drawn into sympathy with him.

The story is told in the first person with the narrator recalling his life through a diary while progressing through the present. Events in the narrator’s contemporary life remind him of events from his past. The novel was Ishiguro’s first not based in Japan or told from the point of view of a Japanese person, although his first novel, “APale View of Hills”, was told from the point of view of an elderly Japanese woman living in Britain and recalling her past in Japan. ‘the Remains of the Day’ refers to evening, when a person can reflect on a day’s work. Evening is symbolic for older age, when one can look back and assess one’s life work. ‘the Remains of the Day’ also refers to the last vestiges of Great Britain’s grand houses. The novel was adapted into a 1993 film by Merchant Ivory Productions starring Anthony Hopkins in the lead.