Kamlesh Mehta — One of the most acknowledged players in Indian table tennis arena, Kamlesh Mehta has been remarkable with the racket in his career expanding to twenty years. He not only proved his worth nationally, but also gained significant name and fame in the international circuit. Table tennis has played the role of a provider for this outstanding player. Apart from getting him national and international recognition, the game also gave him his wife, Monalisa Barua, a national champion and an Arjuna Award. After being the vanguard for the Indian team, Mehta was offered the position of being the National Coach for the Indian team in 1998. To get detailed information about the early life and career of Kamlesh Mehta, read through the following lines.

Born on May 1, 1960, Kamlesh Mehta was nicknamed Kamu in his childhood. He completed his schooling from the St. Joseph’s Wadala branch. Thereafter, he went to R. A. Podar College in Mumbai from where he gained his graduation degree in commerce. Talking about his inclination for table tennis, Mehta first got acquainted with the racket at the age of ten, but only for recreational purpose. However, his association with table tennis came to a halt, as a liver ailment set back his career for a couple of years. It was only in 1974 that Mehta took up the game yet again.

Kamlesh was head and shoulders above his contemporaries and his dominance at the national scene can be gauged from the fact that he played in the final of the National Championships on eleven occasions between 1981 and 1994, eventually winning the title eight times and being a runner-up on three occasions. He captained the Indian team from 1982 to 1989 and was the highest ranked Indian player in Asia, Commonwealth and the World. Besides dominating the national circuit, Mehta spearheaded the Indian challenge in various international tournaments.

A top class player, Kamlesh Mehta’s proficiency with the game can be proved with the numerous medals he has won for the country. He won all the four Gold Medals at the Pentangular International Championships in 1983. Six years later, Mehta holds the distinction of winning the World Bank Championship in the Isle of Man (UK) in 1989. Talking about Kamlesh Mehta’s international tournaments, he has represented India in seven World Championships, eight Asian Championships, two Asian Games, six Commonwealth Championships, four South Asian Federation Games, two Olympic Games and many other official and friendly competitions in India and abroad.

Amongst all his performance, the one in the SAF Games in 1991 at Colombo where he won seven Gold and four Silver Medals cane be deemed as Mehta’s best. The Commonwealth Championships rank second in the list, while talking about Kamlesh Mehta’s ingenious as a world class performer and player. He played a totale of six editions of the game, out of which Mehta has to his credit a total of four Silver and four Bronze Medals, the highest tally by any Indian player. In the career spanning for two decades, Mehta has successfully left a record that is hard to reach, leave about surpassing it by any single player.

A table tennis prodigy, Kamlesh Mehta is one of the true gems when it comes to Indian table tennis players. In his career that lasted for twenty years, Mehta has been credited with a lot of awards, honors and recognition. Maharashtra Government’s Shiv Chhatrapati Award in 1979 was the first ever award received by Mehta. It was followed by “The Friendship Trophy” for being the best player from India at the Asian Championship in Islamabad in 1984. In the subsequent year, Mehta was honored with Arjuna Award, the fourth highest civilian award in India. Apart from this, he was twice tagged as the “Best Sportsman” by the Sports Journalists’ Association of Bombay. In 1989, Mehta became the first Indian to be given the “Fair Play” Trophy at the Commonwealth Championships. 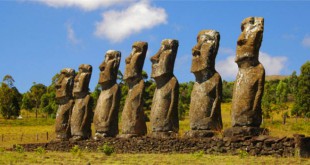