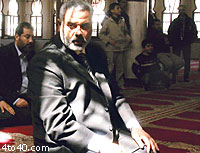 Ismail Haniyeh is a senior political leader of Hamas and one of two disputed Prime Ministers of the Palestinian National Authority. Haniyeh was born in the Al-Shati refugee camp in the Gaza Strip on January 29, 1963, after his parents fled their homes in Majdal (currently Ashkelon, Israel) during the 1948 Arab-Israeli War. In 1987, he graduated in Arabic Literature at the Islamic University of Gaza, where he became involved in the Islamist movement. He was detained by the Israeli authorities for participating in protests soon afterwards, though his prison sentence was short. In 1988, with Hamas coming to the fore in Gaza as a leading resistance movement, he was again detained, but this time imprisoned for six months. In 1989, with Israel unable to quash Palestinian resistance, Mr Haniya was arrested yet again for three years by the Israeli authorities for participation in the First Intifada and membership with Hamas.

Following his release in 1992, he was exiled to South Lebanon with senior Hamas politicians Ahmed Yassin, Abdel-Aziz al-Rantissi and over 400 other activists. The activists spent more than a year camped at Marj al-Zahour, where the Islamist group received unprecedented media exposure and became known throughout the world.

Mr Haniya returned to Gaza in December 1993 and was appointed Dean of the Islamic University.

After Israel released Sheikh Ahmed Yassin, Hamas’ spiritual leader, from prison in 1997, Mr Haniya was appointed to head his office. The two men’s close relationship led to Haniya (also splelled Haniyeh) gaining increasing prominence within the movement and he became the group’s representative to the Palestinian Authority. He was targeted by the Israel Defense Forces for his alleged involvement in attacks against Israeli citizens. In September 2003, Suicide bombing in Jerusalem, he was slightly injured on his hand by an Israeli Air Force bomb attack attempting to eliminate the Hamas leadership.

His position within Hamas continued to strengthen during the Second Intifada due to his relationship with Yassin, and because of the assassinations of much of the Hamas leadership by the Israeli security forces. Only six months later, Sheikh Yassin was killed by Israeli helicopter gunships as he left a mosque after dawn prayers. When Sheikh Yassin’s successor in Gaza, Abdel-Aziz Rantissi, was killed by Israel in April 2004, Hamas decided to keep the name of its new leader in Gaza secret.

In December 2005, Haniyeh was elected to head the Hamas list, which won the Legislative Council elections the following month. Haniyeh was nominated as prime minister on 16 February 2006 following the Hamas “List of Change and Reform” victory 25 January 2006. He was formally presented to Mahmoud Abbas on 20 February and was sworn in 29 March 2006.

On 14 June 2007, Abbas dismissed Haniyeh and appointed Salam Fayyad in his place. This followed action by Hamas armed forces to take control of Palestinian Authority positions that were under the control of Fatah militias armed and supported by the United States and Israel. The appointment of Fayyad to replace Haniyeh has been challenged as illegal, because under the Palestinian Basic Law, the President of the Palestinian Authority may dismiss a sitting prime minister, but may not appoint a replacement without the approval of the Palestinian Legislative Council. According to the law, until a new prime minister is thus appointed, the outgoing prime minister heads a caretaker government. Fayyad’s appointment was never placed before, or approved, by the Legislative Council. For this reason, Haniyeh has continued to operate in Gaza, and been recognised by a large number of Palestinians as the legitimate acting prime minister. Anis al-Qasem, the Palestinian constitutional lawyer who drafted the Basic Law, is among those who publicly declared the appointment of Fayyad to be illegal.