Deputy Nazeer Ahmad Dehlvi — Known as the pioneer of Urdu novels, Deputy Nazir Ahmad was born in 1836. This great man was an advocate of education for women. At a time when the Muslim society was going through a turbulent period, he stood up for the cause of justice for women. He strongly wanted that women should be educated and must be given due respect in the society. It was at this time that the Muslim establishment considered that women should not be educated at all. The life history of Deputy Nazir Ahmad is given below as a short biography.

Through his novels he wanted to make people aware of the various social problems that the society was going through. He was determined to eradicate these social evils like illiteracy, poverty and frustration of common man that had risen to alarming proportions. The corrupt society with all its problems was coming to a stage where a burn out was just around the corner. The instability was just adding to the problems. His novels aimed at making people aware of this dangerous situation. He wanted to infuse an innate sense amongst people to eradicate these problems from the root.

His novels are considered to be the primary novels in Urdu. Among his famous works are, Mirat-al-Urus and Taubat-un-Nasuh that laid the foundation for future works and novel compositions in Urdu language. This great personality breathed his last in 1912.

He was the pioneer of Urdu novel. He was prolific writer and published books in varied genres.

Mirat-al-Urus (The Bride’s Mirror) 1868–1869-is regarded as the first novel of Urdu. After its release in 1869, within twenty years it was reprinted in editions totalling over 100,000 copies; and was also translated into Bengali, Braj, Kashmiri, Punjabi, and Gujarati.It has never been out of print in Urdu from that day of its first publication. In 1903 an English translation was published in London by G. E. Ward.

Bina-tul-Nash- (The Daughters of the Bier, a name for the constellation Ursa Major),is another great Novel by Deputy Nazeer Ahmed. It was his 2nd novel after Mirat-tul-uroos. Like Mira-tul-Uroos, this novel is also on education of women and their character building.

Taubat-un-Nasuh (Repentance of Nasuh) 1873-1874- Deputy Nazeer Ahmed earned a good name in writing novels for developing moral values and guidance of young generation. His entire work is full of teachings of moral values.

Fasaana-e-Mubtalaa (1885)- another novel for developing moral values and guidance of young generation.

Ibn’ul Waqt – 1888According to one opinion novel was based on Sir Syed Ahmad Khan, but Deputy Nazeer Ahmad strongly rejected this allegation.

Contribution as religious and social reformer

Deputy Nazir was a leading proponent of the education of Muslim women and he took the issue with great determination and persistence against the Muslim mindset of his era, which was generally against the education of women. Deputy Nazir was among the few who were aware of the problems and sufferings of Indian Muslims during those critical decades when the Muslim society was in a flux. He fully understood the demands of time in context of Indian Muslims. Through his novels he sought to eradicate social evils inherent in a decadent society, particularly those caused by ignorance, illiteracy and frustration. This was very effectively brought about by his novels and writings.

Share
Previous David Villa
Next What does Eliot’s famous line ‘I have measured out my life with coffee spoons…’ mean? 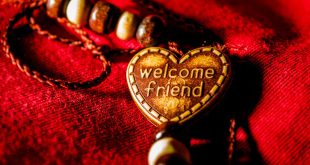