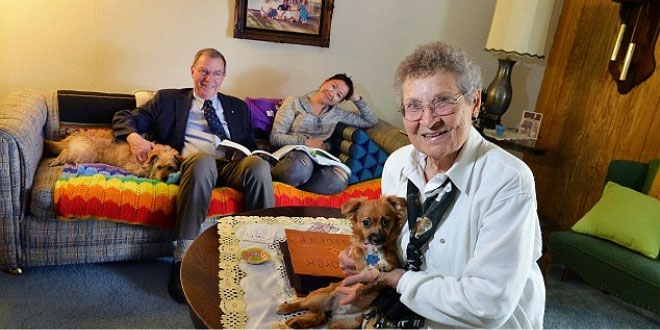 Guinness World Records also recognized the world record for the oldest adopted person is Mary Banks Smith (b. 5 March 1939, USA) who was aged 76 years 96 days when she was officially adopted by Muriel Banks Clayton (USA) in Dallas, Texas USA, on 9 June 2015.

Bernice Dyck, a mother of two sons, adopted Chenda Kaub Chumb in June last year. The pair had known one another since 2003, when Chenda came to the U.S. as an international student, and grew closer in the years that followed.

‘When the Dyck family adopted me, Chenda said, ‘I finally experienced true love and now know how it feels. My adopted mother, Bernice, wants the best for me. Her love and always being my mother means the world to me. The world I finally get to live in.’

And now, she says, she is ‘the person who I can finally say is me. I am the better me. The Dyck family was always believing in me. They brought out the best in me, and knew there was and is good in me.

‘My hard work exists because of their love and encouragement.’