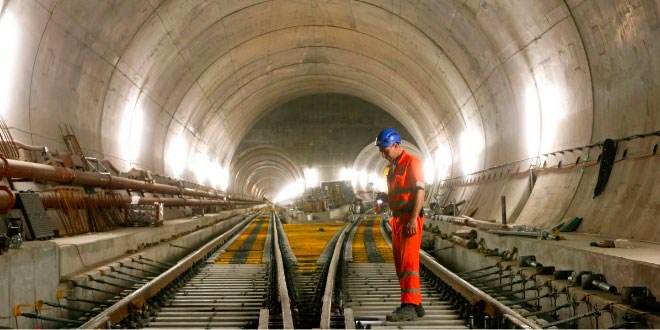 Swiss Alps, Switzerland – May 26, 2016 – The world’s longest and deepest railway tunnel will be opened on June 1 in Switzerland; the Gotthard Base Tunnel (GBT), hewn through mountain rock and providing a high-speed rail connection between northern and southern Europe, will become one of the main rail links across the Alps and the longest in the world, with a length of about 57.1 km.

Photo: The 57-kilometre (35.4-mile) tunnel, which runs under the Alps, will become the world’s longest railway tunnel when it opens on June 1. Some 28.2 million tonnes of mountain rock have been excavated and an estimated $12 billion (10.6 billion euros or R185 billion atR17.52/ euro) spent to construct a tunnel that should trim travel times through the heart of Europe.

The Guinness World Records world record for the most tunnel boring machines operating simultaneously in a single project is 20 and was achieved by Qatar Rail (Qatar), in Doha, Qatar, on 22 August 2015.

The Gotthard Base Tunnel (GBT) in Switzerland is the product of 17 years of work, including cutting through solid rock at depths of up to 7,500 feet. It cost $12 billion — as well as the lives of eight workers.

On the following weekend of June 4 and 5, visitors can travel through the world’s longest railway tunnel in special trains, the Swiss government said.

The commercial services for the tunnel are scheduled to begin from December 2016.

The 57-kilometre (35.4-mile) tunnel, which runs under the Alps, was first conceived in sketch-form in 1947 but construction began 17 years ago.

Since then, some 28.2 million tonnes of mountain rock have been excavated and an estimated 12 billion (10.6 billion euros) spent to construct a tunnel that should trim travel times through the heart of Europe.

Among other benefits, the GBT aims to shave travel time between Zurich and Milan down to two hours and forty minutes, roughly an hour quicker than the trip currently takes by rail.

The GBT will displace Japan’s 53.9-kilometre Seikan tunnel as the world’s longest train tunnel, and bump the 50.5-kilometre Channel Tunnel that links England and France into third place. 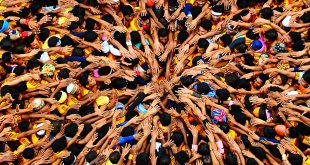