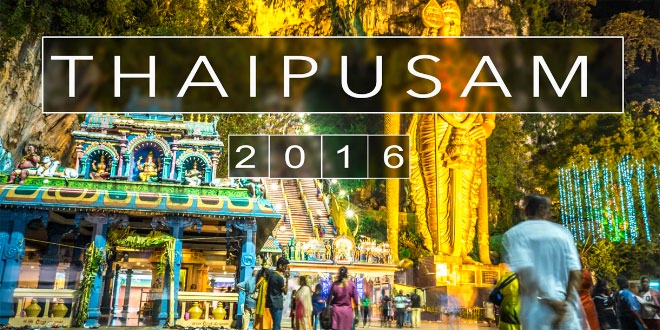 The Guinness World Records world record for the longest live streamed festival is 55 hr 7 min and was achieved by MEASAT Broadcast Network Systems Sdn. Bhd. (Malaysia), and was streamed from seven different locations across India, Malaysia and Sri Lanka, from 22 to 25 January 2016.

Guinness World Records also recognized the world record for the longest uninterrupted live webcast (video) is 150 hours 30 minutes in duration and was achieved by Lifestyler TV (Germany), in Cologne, Germany, from 13 February 2011 to 19 February 2011.

Astro Ulagam, an Indian entertainment news and event hub which is a part of Astro Malaysia Holdings Bhd, was used as a platform to reach out to the masses, during the festival from January 22 to 25, achieving a record-breaking 119 million views on its Facebook page, as compared to four million views in 2014 and 40 million views last year.

In an effort to connect Indians worldwide and offer an opportunity to the global audience to witness the Thaipusam celebration and understand the true meaning of the festival, Astro Ulagam embarked on an ambitious journey to live stream the auspicious occasion from seven locations in Sri Lanka, India and Malaysia.

The World Records attempt took 100 crew members deployed across three nations, Sri Lanka, India and Malaysia, and the use of drones to best capture the festivity.