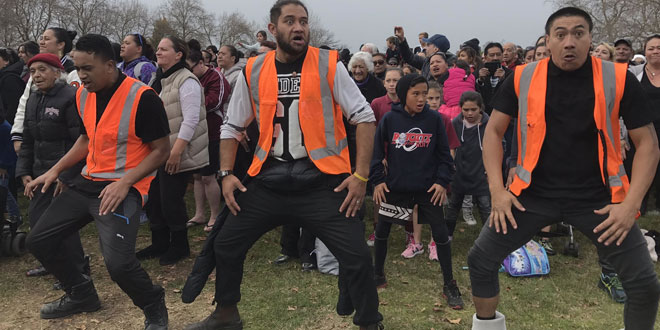 Rotorua, New Zealand – June 21, 2017 – More than 7000 passionate New Zealanders have come together smash the Guinness world record for the largest Haka; a total of 7700 people flocked to a field in Rotorua to almost double the standing official record of 4100 people set in France.

The Guinness World Records world record for the largest Haka was achieved by 4,028 participants at an event organised by Mazda France and C.A. Brive Corrèze Limousin (both France) at the Stade Amédée Domenech in Brive-la-Gaillarde, France, on 27 September 2014.

The International Rugby Club’s Giant Haka attempt took place at Rotorua’s Village Green at midday and it is estimated that 7800 people turned up to have a go.

The event was put together by the International Rugby Club as part of their Rugby Safari which is following the DHL NZ Lions Series as it tours New Zealand.

More than 200 volunteers and staff were on board to help out, teach haka moves and count participants.