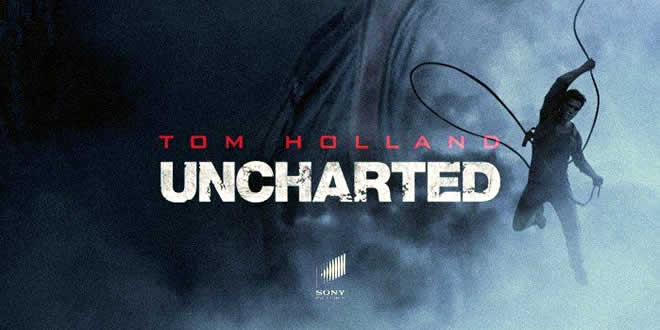 The story is a prequel to the games, starring Holland as a younger Drake, showing us details of how he came to meet and befriend Sully.

Uncharted is an upcoming American action adventure film directed by Ruben Fleischer, from a screenplay by Rafe Judkins, Art Marcum and Matt Holloway, with a story by Judkins. Based on the video games of the same name created by Naughty Dog, the film stars Tom Holland as Nathan Drake, and Mark Wahlberg as his mentor Victor Sullivan, along with Sophia Ali, Tati Gabrielle, and Antonio Banderas in supporting roles.

The film entered development in 2008, with film producer Avi Arad stating that he would be working with Sony Pictures to develop a film adaptation of Uncharted, but the film entered a complicated production process, with various directors, writers, and cast members attached at various points. Several filmmakers, including David O. Russell, Dan Trachtenberg, Neil Burger, Seth Gordon, Shawn Levy, and Travis Knight were initially signed to direct the project, while Nathan Fillion, Chris Pratt, and Wahlberg were rumored to play Drake. Holland was cast in May 2017 and principal photography commenced in March 2020, finishing the following October.

Based on one of the best-selling, most critically acclaimed video game series of all time, Uncharted introduces audiences to the young street-smart Nathan Drake (Tom Holland) and showcases his first treasure hunting adventure with wisecracking partner Victor “Sully” Sullivan (Mark Wahlberg). In an action-adventure epic that spans the globe, the two go in dangerous pursuit of “the greatest treasure never found” while also tracking clues that may lead to Nathan’s long-lost brother.

In April 2021, Sony signed deals with Netflix and The Walt Disney Company for the streaming rights to their 2022 to 2026 film slate, including Uncharted, following the films’ theatrical and home media windows.

Based on one of the most successful gaming franchises of all time, Uncharted centers on treasure hunter Nathan Drake and sets out to tell his origin story. I’ve never played the game but you shouldn’t have to, to enjoy a swashbuckling, tomb-raiding, globe-trotting action-adventure such as this.

The lifeless opening scene gives us the tragic backstory of Nathan and his brother Sam, who lost their parents at a young age. Both brothers are, of course, treasure-obsessed. “We have pirate blood in our veins, we’re descendants of Sir Francis Drake after all” Sam tells his brother. After getting caught trying to steal a map (it’s one of those find-the-map-follow-the-clues-get-to-the-treasure movies), Sam runs away from the orphanage leaving 10-year-old Nathan behind.

Tom Holland and Mark Wahlberg share a chemistry that can only be defined as ‘two people who were in the same room sometimes.’

Smash cut to years later – a grown-up Nathan (a sincere Tom Holland who clearly doesn’t have the necessary movie star charisma to outrun poor writing) is now a bartender and petty thief. But don’t be fooled, Nathan is not a real person. He’s an action-hero-in-training just waiting around for an adventure to find him. He’s a slick, suave, ripped, parkour-proficient, history nerd leading an unremarkable life. If that doesn’t scream “somebody throw me out of a plane so I can fight bad guys in mid-air” I don’t know what does.

Enter treasure hunter and narrative device Victor “Sully” Sullivan (Mark Wahlberg who confirms that it is, in fact, possible to sleepwalk through a two-hour action flick without lifting a finger). There’s a scene in Uncharted where two flying pirate ships are engaged in a thrilling mid-air chase and still, the biggest leap my imagination had to take during this movie was in trying to buy Mark Wahlberg playing a dude named…Victor. He tells Nathan that he’s worked with his brother Sam who’s now missing, and now he needs Nathan’s help to finish the job his brother started and find “the biggest treasure that’s never been found”. Bunch of gold on a ship in a cave somewhere basically.

Despite what’s supposed to be a feel-good mentor-protege dynamic (Tom Holland here continuing his run of desperately making a father figure of anything with a pulse), the two stars share a chemistry that can only be defined as “two people who were in the same room sometimes”. You feel next to nothing for their dynamic or Sully’s Han Solo act of ‘self-centred lone wolf only in it for himself who’s forced to discover his humanity’. I also couldn’t wrap my head around why Sully seems to randomly disappear for large chunks of the movie. Perhaps to give young Nathan the narrative spotlight, who knows. It also certainly doesn’t help that the spectacularly humourless script from writers Rafe Judkins, Art Marcum, and Matt Holloway, offers them all of six bantery quips, none of which land all that well. Clearly, when you blow your budget on flying CGI ships, there isn’t enough left to bring in a comedy writer for a few punch-ups.

But we can make our peace with that. One doesn’t walk into a film like Uncharted seeking a triumph of character or emotion. Even bland chemistry can be made up for with a fast-paced, globe-trotting ridiculous action romp. But even on those bare blockbuster basics director Ruben Fleischer (Zombieland, Gangster Squad, Venom) fails to deliver. On the action front, aside from that one cool ‘jumping between boxes in mid-air’ sequence used in all the promos (now we know why they publicised that scene so extensively – there was clearly nothing else to shout about), there’s only one other somewhat imaginative ship-chase sequence on offer.

Even the puzzle-solving treasure hunt adventure itself is dull, offering clues so silly, they make an escape room feel like a word search. Surely it’s hard to go wrong with the ‘following clues across caves and caverns’ template? Instead, we get doohickeys and secret passageways which always seem to be hidden in the most hilariously obvious places – ranging from Churches to nightclubs. And of course, each secret door and lever and hidden crypt are all perfectly preserved and still operational hundreds of years later.

Uncharted also requires us to believe that Sully, and in particular Nathan, are geniuses with an intricate knowledge of art history and urban legends. But it’s tough to buy them as anything more than beefy adrenaline junkies who just want to run towards things or away from things or jump over things or slide under things. For me, the most honest moment reflecting Nathan’s mental prowess (and the laziness of the writers) is a scene where he enters a secret passageway looking for the next clue and says “’I’ve found an arrow pointing this way.’ Think Nicolas Cage in National treasure or Harrison Ford in Indiana Jones – charismatic, utterly convincing, and such a joy to watch that you never question the mind behind the muscle. Heck, even as a cheeky irreverent wink I bought Ryan Reynolds as the ‘world’s greatest art thief’ in last year’s Red Notice (which in many ways is Uncharted done better).

Do we at least get some fun supporting characters to invest in? Barely. There’s Chloe Frazer (Sophia Ali donning an impressively odd Australian accent) – who the movie keeps trying to convince us is important despite giving her no depth and little to do. As for the bad guys, Tati Gabrielle brings a threatening physical presence to the wafer-thin baddy Braddockand while Antonio Banderas doesn’t prove campy and extravagant enough to be memorable as rich evil guy Santiago Moncada.

In the end, it’s almost impressive how watered down Uncharted is, offering no redeeming elements whatsoever. Nathan’s defective lighter – which he always relies on to get himself out of a tight squeeze – has more personality than the entirety of what’s on offer here.

Uncharted left me wondering whether, at a time when audiences are scrutinizing the theatrical experience more than ever, it’s fair to put even more pressure on the massively mounted blockbuster to entertain and help us escape our realities. If it is, there is certainly no place for Uncharted. If only they had a map or secret diary or hidden passageway that led to a better movie.