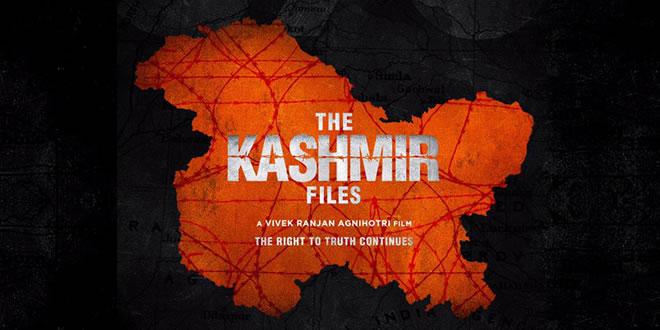 The Kashmir Files: 2022 Hindi film on exodus of Kashmiri Pandits

The Kashmir Files is an upcoming Indian Hindi-language film written and directed by Vivek Agnihotri starring Mithun Chakraborty and Anupam Kher. The film tells the story of exodus of Kashmiri Pandits. The film will be release theatrically worldwide on 11 March, 2022, coinciding with India’s Republic Day.

After the success of The Tashkent Files, director Vivek Agnihotri finished the script of Kashmir files after an extensive research on genocide of Kashmiri Hindus in 1990. Agnihotri stationed at an undisclosed location in the Himalayas, completed the script. On 14 August 2019, Agnihotri announced the film with its first look poster saying, “the film will be an honest investigation into one of the biggest human tragedies”. Actor Anupam Kher joined the cast as the lead actor of the film in May 2020. The first schedule of the film was called off due the Chinese corona virus outbreak. Later Agnihotri removed actor Yograj Singh from the film after his speech against Hindus at farmer’s protest and brought in Puneet Issar as replacement. Mithun Chakraborty fell ill due to stomach infection during second schedule, but completed his portion few hours later. Director Agnihotri fractured his leg in the same schedule.

Vivek Agnihotri paints a horrifying picture in his film about the genocide of Kashmiri Pandits.

Subtle depiction of horrific events often fails to do justice to the actual tragedy that was once suffered. Filmmaker Vivek Ranjan Agnihotri makes is clear from the word go that his film, The Kashmir Files, will not be subtle. A gut-wrenching watch, it is based on the plight of Kashmiri Pandits who faced a massacre and forced exodus from their own land by the Islamic militants.

The film opens to a visual of kids playing cricket in the neighborhood with commentary on Indo-Pak relations booming from a transistor. Shiva, one of the kids, cheers for Sachin Tendulkar, and it instantly leads to a breach in harmony. From this moment, you know that The Kashmir Files is going to revisit the wounds that are still fresh, even three decades later.

Showing the events in the most brutal and explosive manner, Agnihotri’s narrative triggers varied emotions coupled with some of the finest performances, emotionally moving scenes and a few barbaric sequences. Ralive, Tsalive ya Galive — convert to Islam, leave or die — these words echo in your mind for a long time after watching the film, one can only imagine what it must have done to those who lived their days and nights threatened by it.

While Kashmiri Pandits continue to hope for justice even after over 30 years, the film attempts to document the ordeal of these displaced families with authenticity and not just for a cinematic recreation.

There’s a scene where a telecom engineer gets brutally shot multiple times as he hides in a rice barrel. His wife is made to eat a handful of rice mixed with her husband’s blood in order to save the rest of her family from being killed. That is just one of the many disturbing visuals that is not for the weak-hearted. The film also recreates the Nadimarg massacre where 24 Hindu Kashmiri Pandits were cruelly killed by militants dressed in combat uniforms. Watching these only take you closer to the brutality that Kashmiri Pandits witnessed. Also, the brazen way with which women across age groups faced physical violence, rape, abuse and merciless humiliation make for a difficult watch as well.

Characters in The Kashmir Files are nothing short of ‘real people’. The way they emote on screen makes you feel their pain, leaving a lump in your throat. Anupam Kher as Pushkar Nath delivers by far his strongest and most convincing performance. Given that Kher himself is a Kashmiri Pandit, Agnihotri couldn’t have cast a better actor than him for the role.

Bhasha Sumbli plays Pushklar’s daughter-in-law, Sharda Pandit whose sons — Shiva and Krishna — meet different fates in the aftermaths of this tragedy. Farooq Malik Bitta (played by Chinmay Mandlekar) is menacing as the terrorist and the brains behind this exodus, and sends shivers down your spine with his inhuman acts of shooting innocent people without any remorse.

The scene with grown up Krishna Pandit (played by Darshan Kumar) are hard-hitting, especially the portions with Professor Radhika Menon (played by Pallavi Joshi) who succeeds in brainwashing him until he himself travels to Kashmir to find out the truth.

Agnihotri’s research about the tragedy shows in every scene in the film even though the nearly three-hour length of the film doesn’t do it any favours. The non-linear screenplay doesn’t let you get immersed in any one character’s story. Just when you are feeling terrible for what happened to Pushkar and his family, Krishna’s quest to find the truth about his family’s massacre takes over and you immediately switch to present-day. Krishna’s journey and the story of finding the truth about what happened to his family needed more conviction and clarity.

Having said that, The Kashmir Files is not an easy watch. You would cry, sob, feel scared watching the tragedy of lakhs of men and women who were made refugees overnight. Thankfully, it is not your typical Bollywood masala film based on true events and told with the colours of a rainbow. Agnihotri tells the horrible tale as it should have been told.