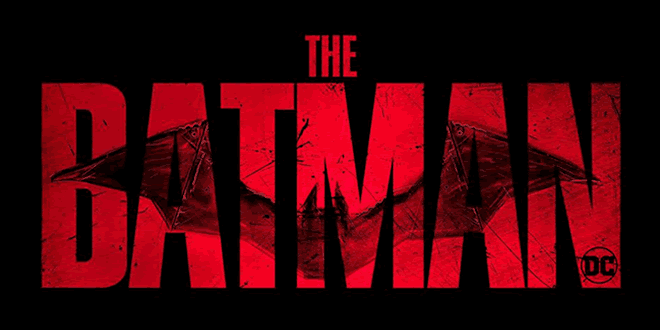 In his second year of fighting crime, Batman uncovers corruption in Gotham City that connects to his own family while facing a serial killer known as the Riddler.

The Batman is an upcoming American superhero film based on the DC Comics character Batman. Produced by DC Films, 6th & Idaho, and Dylan Clark Productions, and set for distribution by Warner Bros. Pictures, it is a reboot of the Batman film franchise. The film was directed by Matt Reeves, who wrote the screenplay with Peter Craig. It stars Robert Pattinson as Bruce Wayne / Batman, alongside Zoë Kravitz, Paul Dano, Jeffrey Wright, John Turturro, Peter Sarsgaard, Andy Serkis, and Colin Farrell. Set in his second year of fighting crime, the film sees Batman uncover corruption in Gotham City while pursuing the Riddler (Dano), a serial killer who targets Gotham’s elite.

Development began in 2014. Ben Affleck, who portrayed Batman in the DC Extended Universe (DCEU), planned to direct, produce, co-write, and star, but in 2017 he chose not to direct due to dissatisfaction with his script. Reeves took over, reworked Affleck’s story to focus on a younger Batman, and removed its connections to the DCEU. Comics that inspired Reeves included “Year One” (1987), The Long Halloween (1996–1997), Ego (2000), and “Zero Year” (2013–2014). Affleck left The Batman entirely in January 2019 and Pattinson was cast to replace him in May, with further casting confirmed later that year. Principal photography took place in the United Kingdom and Chicago, lasting from January 2020 to March 2021.

In October 2019, Reeves announced that his frequent collaborator Michael Giacchino would be composing the film’s score. Later that month, Giacchino said he had already finished writing the main theme for the film because he was so excited to do so; because this music was written much earlier in the production than is usual for a film, Giacchino and Reeves were able to use it in promotional materials. Giacchino said he felt total freedom to write the music that he wanted for the film, agreeing with Reeves that this was their vision of Batman similar to how different comic book and graphic novel authors and artists over the years had been able to create slightly different versions of the character. Giacchino completed the score in October 2021.

The Batman is scheduled to be released by Warner Bros. Pictures in the United States on March 4, 2022, and will be available to stream on HBO Max 45 days later. It was originally set for release on June 25, 2021, before it was pushed back to October 1, 2021, and then to the March 2022 date, both times after Warner Bros. adjusted its release schedule due to the COVID-19 pandemic.

The Bat and The Cat

Robert Pattinson, Matt Reeves’ film dives into the mind of the bat, and man, like no movie before it

Matt Reeves’ addition to the lore of the Caped Crusader might just be one of the best film made on the Batman.

“Crime and murder are on the rise ..and there’s a vigilante on the streets” says a politician on TV in the opening scene of Matt Reeves’ The Batman, acknowledging the existence of the man before the legend he becomes. Much like the celebrated Batman: Year One storyline from the comics (and subsequent 2011 animated film), Reeves’ interpretation of the Dark Knight covers the end of the first age of the Batman – when all he had to contend with were mobsters and street thugs – and ushers in the era of ‘freaks’ and villains. Many of whom he himself inspired.

As Bruce Wayne’s (Robert Pattinson) opening Rorschach-like voiceover tells us, he’s been Batman for two years. He’s lived “two years of night”. We see a hooded figure walking through the crowded streets of Gotham, amongst the criminals and the scum, waiting for darkness to fall as he prepares for another night of vengeance. “They think I’m hiding in the shadows…But I am the shadows”. Like the movie it introduces, the excellently written, eerily powerful narration takes us inside Bruce’s unsettled, unrested mind, immersing us in his mission, his torment, his rage.

Aside from Year One, Matt Reeves and co-writer Peter Craig equally take inspiration from the Batman: The Long Halloween comic book storyline (also recently adapted into a two-part animated film). Like that story, Reeves’ film follows a series of gruesome murders plaguing Gotham. A new psychotic murderer who calls himself The Riddler is executing corrupt officials. His identity and endgame remain unknown. All he leaves behind are bodies and letters addressed to Batman. With each victim come new clues, gradually uncovering a larger conspiracy that rocks Gotham City and Batman to their core.

Reeves’ The Batman is every bit the gritty, atmospheric, tracking-down-a-serial-killer detective story we were promised. Think David Fincher’s Se7en, except one of the detectives just happens to be dressed like a Bat and brutally takes down bad guys on the side. And has one hell of a car.

One of the most layered, sharply written superhero outings in recent memory, The Batman is a masterfully crafted movie. An expansive murder mystery, a gloriously satisfying superhero movie, and a deeply personal character study of a man consumed by his pain. Matt Reeves captures and delves into the mind of the Bat, and the man, in a way no Batman movie thus far has managed to. If Christopher Nolan’s Batman was born out of darkness, and Zack Snyder’s dejected Dark Knight carried the burden of his, Matt Reeves’ Batman lives in it. The Nolan vs Reeves comparisons will no doubt flood our timelines in the days to come and I leave that for greater minds to examine. I can only say that this is the richest interpretation of Batman on screen I’ve ever experienced.

As a man possessed with his mission, Robert Pattinson emanates a seething rage and achingly channels a man in pain like no Bat on the big screen before him. I’ve never seen such unbridled fury and anguish behind the iconic cowl before. In their approach, Pattinson (R-Batz?), Reeves and co-writer Peter Craig take Bruce back to his Michael Keaton-esque iteration. He’s not a flashy playboy or fancy CEO, but a recluse, living in his trauma and solitude. Or as John Turturro’s Carmine Falcone describes him “the only man in the city more reclusive than me’.

The many triumphs of Battinson and Reeves aside, a strong case can be made for how cinematographer Greg Fraser (Dune, The Mandalorian, Zero Dark Thirty, Lion, Star Wars: Rogue One) is the real hero of The Batman. You can see why Reeves shone the Bat-signal his way and summoned him. Fraser has, in many ways, made a career out of creating frames of tragic, solitary figures with an unwavering dedication to their mission. Here too, he ensures you feel Bruce’s anguish and the city’s dark heart in every frame, further amplified by composer Michael Giacchino’s powerfully unnerving score.

Amidst its gradually unfolding noir detective story, the action and violence in Reeves’ movie is matter of fact but never overlooked. Everything from the Batsuit (one that doesn’t rely on parlour tricks or theatrics for presence) to the gadgets to even the Batmobile is lighter and more functional. Finally, we get a Batman movie that gives us fight sequences worthy of the Caped Crusader (Nolan’s movies famously lacked in their action sequences, and Batfleck only really gave us that one thrilling warehouse assault set-piece to cling onto). But Daniel Arrias’ action choreography goes beyond slick martial arts and badass brawls. Instead, every strike is laced with rage, every punch and blow bursting with boundless fury. It’s more than just Batman beating up bad guys. It’s pure, weaponised, therapeutic vengeance. Batman isn’t yet the sharpened, precise weapon against injustice he later becomes. He’s a blunt instrument of pain.

But what’s more telling than the damage he inflicts, is that which he doesn’t. Every fight and beatdown looks like he’s losing control and unleashing fury but, if anything, he’s holding back. Even this younger, more aggressive, unrefined Batman – still too consumed by his torment to become who the city needs him to be – knows that crossing that line will also evaporate the line between him and those he fights. In this case, Paul Dano’s spine-chilling Riddler dishing out his own dose of Jigsaw-like vigilante justice who perfectly captures Batman’s unintended impact on his city. His very presence doesn’t just invite challenge, it inspires it. What are Gotham’s villains if not slightly more extreme Batmen? And by extension, what are modern real-world vigilantes, if not violent, paranoid, gun-carrying nutjobs who storm the US Capitol?

In giving us the rich, immersive Batman character study, however, it does feel like those around him are sidelined. Aside from Zoe Kravitz’s compelling Selina Kyle, we barely get to spend time, for example, with this more hardened Alfred (a well-cast Andy Serkis) or learn more about Gordon (a solid Jeffrey Wright). Perhaps that’s the agenda for future instalments. Elsewhere, as the up-and-coming crime lord Penguin, Colin Farell follows in the fine footsteps of Batman Returns’ Danny Devito, giving us yet another grand interpretation of the character played by an unrecognisable actor (not to mention giving the film a much-needed dose of comic relief).

In the end, at almost three hours, Matt Reeves’ The Batman is a whole lot of movie, and somehow still not enough. An origin story in the truest sense, it’s the journey of a vigilante who’s still discovering what it means to be a hero. One who realises that he’s merely another product of the very darkness he wants to change. Vengeance begets more vengeance. Change comes not from inflicting fear, but instilling hope. A symbol awakens. A hero is born.