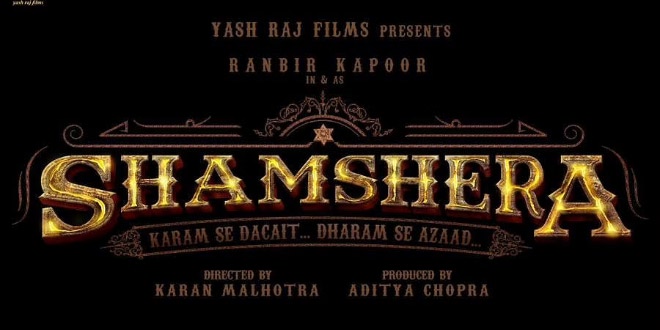 Set in the 1800’s, It tells the story of a dacoit tribe and their fight for independence during the British rule.

Filming of Shamshera began in December 2018 and had initially wrapped in January 2020. The studio needed additional footage, but filming was delayed because of the COVID-19 pandemic in India. Production resumed in August 2020 and filming was completed. It is scheduled to release theatrically on 22 July 2022.

Principal photography of the film began on 1 December 2018, with shooting expected to wrap by mid-2019. A massive fort for the film was built at Film City, Goregaon, requiring two months of preparation and the effort of nearly 300 workers. Vaani Kapoor took professional training in Kathak for the movie.

Shamshera was initially slated to release in worldwide cinemas on 31 July 2020, coinciding with Bakra Eid. However, the COVID-19 pandemic in India caused major delay in its incomplete filming, VFX work and post-production. On 17 February 2021, a new release date of 25 June 2021 was announced but later it was postponed again. It is scheduled to release theatrically on 22 July 2022.