Roohi is an upcoming Indian Hindi-language comedy horror film directed by Hardik Mehta and produced by Dinesh Vijan under the banner Maddock Films. It tells the story of a ghost who abducts brides on their honeymoons. The film stars Rajkummar Rao, Janhvi Kapoor and Varun Sharma. It was announced on 29 March 2019 and filming kicked off on 14 June 2019 in Agra. The film was set to release in June 2020, but the COVID-19 pandemic in India interrupted production. The film is scheduled for release on 11 March 2021.

The film was initially planned for release on 20 March 2020 but the makers later announced 17 April as new release date. However, it was further pushed to 5 June on 17 February.

On 15 February 2021, the title of the film was changed to Roohi from Roohi Afzana and it is scheduled for release on 11 March 2021.

The film’s music was composed by Sachin–Jigar while lyrics written by Amitabh Bhattacharya.

This films soundtrack is composed by Sachin-Jigar, Tanishk Bagchi, and Badshah while the lyrics are written by Priya Saraiya, Jigar Saraiya, Badshah and Irshad Kamil. The rights for the music are bagged by Zee Music Company. This film’s background score is composed by Sandeep Shirodkar.

The film was initially planned for release on 20 March 2020 but the makers later announced 17 April as new release date. However, it was further pushed to 11 March, 2021.

After Amar Kaushik’s 2018 film Stree emerged winner at the box office, and set new benchmark for horror comedies in Bollywood, it was to expect that the second offering from the same production should at least be equally good, if not better. Sadly, the latest release in the genre, Roohi, starring Janhvi Kapoor, Rajkummar Rao and Varun Sharm, is a rather drab attempt at trying to scare people while making them laugh. Neither of the two click.

With a plot that’s too convoluted and takes the entire runtime of the film to establish itself, Roohi terribly falters at storytelling, and fails to give out the message it intends to. Even until the intermission, you can’t make out the exact reasoning behind whatever is unfolding on screen. There’s a scared young girl (Roohi played by Kapoor), who is possessed by a ghost and transforms, with extensive prosthetic makeup, into a screaming chudail, Afza. Well, no prize for guessing the intended pun in their names. Then there are two men – Rao as Bhawra Pandey and Sharma as Kattanni Qureshi –journalists and part time kidnappers in the quaint town in North India. They are hired by an entitled groom to abduct Roohi for a ‘pakdai shaadi’. While the men do pull off a shoddy heist, they get a lot more trouble than what they had bargained for.

However, overtime (we mean in just a day), the men lose their hearts to the ‘two-in-one’ woman. While Sharma falls for Afza, Rao promises Roohi he’d help her get rid of the chudail. In all this, the script is laced with multiple superstitious beliefs, supernatural practices in small towns, and paranormal activities.

Before anything else, I seriously didn’t understand the idea behind Kapoor’s supposedly scary makeup. Imagine, in one of the scenes, the man Afza is getting married to, looks at her hands and exclaims, “Danger mehendi lagayi hai aapne”. Even her dialogues as a ghost aren’t heard clearly at all, hence leading to a bit of a difficulty in understanding her actual ordeal.

If it were not for Rao and Sharma’s camaraderie, I don’t think you can stand the film for more than 20 minutes. The comic timing of these two is the only saving grace. Their near perfect dialogue delivery is what gives us genuine laughs. At many places, with mispronounced words like waitsup (whatsapp), Kim Karadarshan (Kardashian), anchunt (ancient), horrorscope (horoscope) and exercise of Imli (The Exorcism of Emily Rose), you sense a clever play with words that add to the fun.

A special mention to Sharma who’s given a tough competition to Rao, with his hilarious expressions and comical body language. Rao is decent but not as exceptionally good as he was in Stree. Kapoor, for some strange reason, despite being there in the entire film, doesn’t really get her moments to shine. Other than the scene in which she she talks to the chudail side of Roohi, there isn’t much that Kapoor brings to the table.

As supporting parts, Alexx O’Nell, Manav Vij and Sarita Joshi have very little to do and their character sketch are half-baked. Even though Hardik Mehta’s direction manages to keep you intrigued, it’s Mrighdeep Singh Lamba and Gautam Mehra’s frail writing that doesn’t let Roohi strike an instant chord.

If nothing else, the two dance numbers–Nadiyon Paar in the opening credits and Panghat at the end–could make Roohi worth your while. 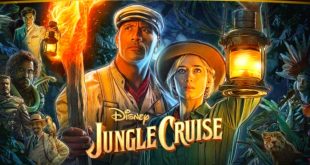 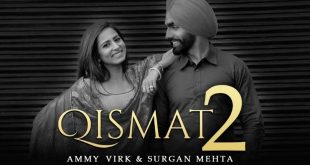 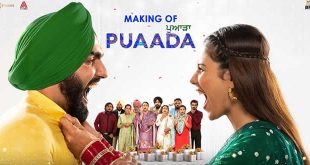